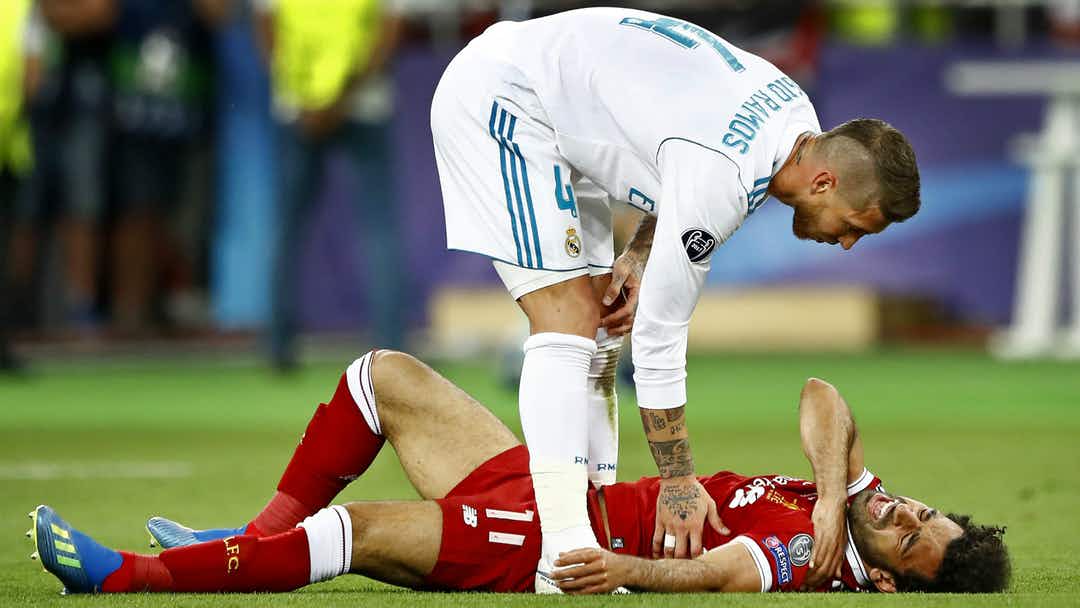 Over 500,000 people have signed a petition urging UEFA and FIFA to take action against Real Madrid defender Sergio Ramos.

A petition calling for action to be taken against Sergio Ramos for the challenge that injured Mohamed Salah in the Champions League final has reached its original target of 500,000 signatures.

Salah lasted just half an hour of Liverpool’s 3-1 defeat to Real Madrid in Kiev after being forced off with a suspected dislocated shoulder sustained in a battle for the ball with opposition captain Ramos.

Replays showed Ramos had hold of Salah’s arm as he fell to the ground, pulling the Egypt international down with him and – in the opinion of the petition’s author – causing the injury.

The petition, which was expanded on Wednesday to call for one million signatures, is addressed to UEFA and FIFA and also criticises Ramos’ alleged play-acting during the final.

“Sergio Ramos represents an awful example to future generations of football players,” reads the petition description on Change.org. “Instead of winning matches fairly, he uses tricks that defy the spirit of the game and fair play.

“UEFA and FIFA should take measures against Ramos and similar players, using the video recordings of matches to keep the spirit of the game.”

Liverpool physio Ruben Pons thinks the forward, who has travelled to Spain for treatment, will be out of action for approximately three weeks.

Egypt begin their Group A campaign against Uruguay in Ekaterinburg on June 15.