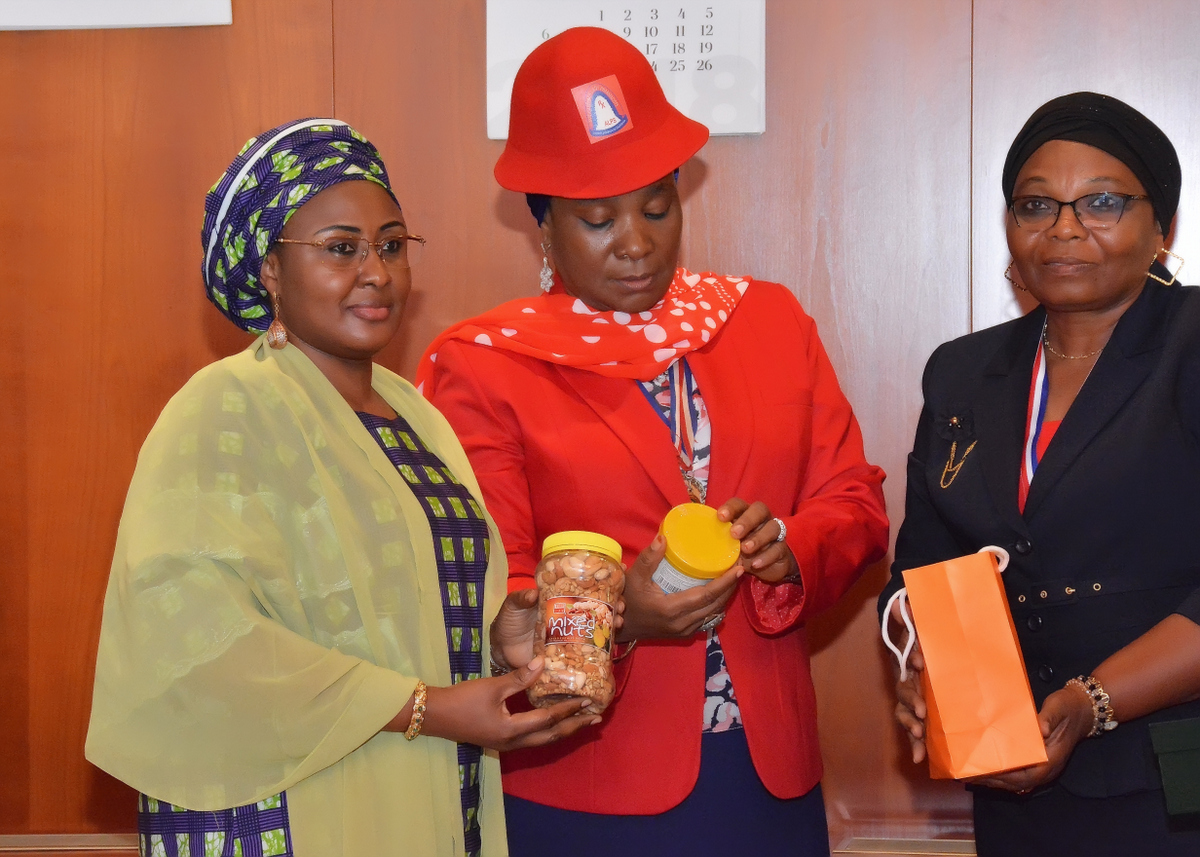 Wife of the President, Mrs. Aisha Muhammadu Buhari, on Tuesday appealed to Pharmacists in Nigeria to play their part in controlling the spread of drug abuse in the country.

“Government has done well by banning importation of codeine for the preparation of cough syrups as well as retailing of codeine containing cough syrups without prescription, she said while receiving members of Association of Lady Pharmacists (ALP) at the Presidential Villa, Abuja.

” There is the need for pharmacists to comply with the enforcement directive. Lady Pharmacists as mothers, have a special role in protecting women and youths against drug abuse.” She said.

Mrs. Buhari deplored the frequent abuse of some prescription drugs especially by women and youths, which has led to the destruction of the lives of millions of victims and called on the members of this association to play their part in the ongoing effort to protect women and youths from drug abuse.

Mrs. Buhari extolled members of the pharmaceutical profession for their role in research, production and dispensing of medicines that cure diseases and save lives.

Earlier, National Chairman, Association of Lady Pharmacists, Pharmacist Zainab Ujudud Shariff commended the efforts of Mrs. Buhari through Future Assured, especially in the area of IDPs, women and youth empowerment. She stated the commitment of the ALP to similar ideals, promising to support Future Assured in any way possible.

Mrs. Shariff posited that drug abuse is indeed a huge challenge that requires input from all stakeholders, and as lady Pharmacists, they have a special reason to lead the war at homes, markets, schools and elsewhere.

“Presently, we carry our campaigns, advocacy and school debates on drug abuse; we have also championed calls for the establishment of rehabilitation centers across the country to cater for the victims of drug abuse.” She said.

The Association made donations of deworming and antimalarial drugs as well as folic acid for use by Future Assured in its medical outreaches.

The ALP was established in 1988 and has over 7000 members across the country.

Aisha BuharidrugsNigeria
Share
Subscribe to our newsletter
Sign up here to get the latest news, updates and special offers delivered directly to your inbox.
You can unsubscribe at any time