OGP Week: A thought for a day 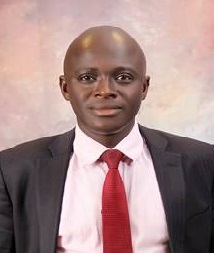 From 7th to 11th of May, 2018, Nigeria joined the rest of the world to mark the global Open Government Partnership (OGP) Week. They were five days of reflection on how far Nigeria has come on the open government journey and plenty of inspiration for the distance ahead. I summarized my current thoughts on the OGP into these five ideas, one for each day of the OGP week:

The impact of the OGP on government-civil society relations at the subnational level will, without a doubt, become an important research area for students of governance in the near future. Already, success stories are emerging from Kaduna, Kano, Anambra, Enugu and Ebonyi (Nigerian states that have signed on to the OGP) on how old assumptions, animosities and contempt are giving way to new relationship modes across the divide. There is no gainsaying that this will have a transformative impact on demand-side organizing generally and, more specifically, on the capacity of citizens to hold governments to account at the subnational level. Unfortunately, the Niger Delta, in spite of its peculiar narrative, has been missing so far on the queue of states that have indicated interest in the OGP.

I have discussed the need to join OGP Nigeria’s subnational programme with very highly placed officials in as few states and repeatedly I got either a direct or thinly veiled message that anything OGP had to wait until after the 2019 elections. Note that by that time Nigeria would be entering its second National Action Plan (NAP) cycle. What this means is that the push to localize OGP may take a beating in the struggle between policy imperatives and political expediency at the state level. This may also have implications for the inclusion of subnational commitments in the next NAP. I think a carrot and stick approach will do the trick.

I also note the game changing potential of some of Nigeria’s OGP commitments that may remain at the level of mere potential without the right legal framework in place and the backing of the legislature. One of them is the uncovering of anonymous ownership of companies playing in the extractive sectors through the establishment of a public registry of beneficial owners of such companies. This depends on the review of the Companies and Allied Matters Act (CAMA) 1990 as amended. Another big win will come from asset recovery, success on which will depend a lot on the enactment of the long awaited Proceeds of Crime Act (POCA). There are yet others, including the pending Whistle Blower Act. These proposed legal reforms underscore a crucial role for the National Assembly in the OGP that so far, has not been emphasized.

Nigeria cannot succeed in the OGP if it is implemented in isolation of broader national development strategies. The emerging culture of openness must be internalized in the implementation of the Sustainable Development Goals (SDGs) while specific SDGs also need also be mainstreamed in the next NAP.

Goal 16 of the SDGs is central to the OGP as it commits countries to reduce corruption; develop effective, transparent and accountable institutions; ensure responsive, inclusive, participatory, and representative decision making; and ensure public access to information and the protection of fundamental freedoms. But specific action on the other goals through OGP commitments will be needed in the days ahead. The way things are, asset recovery is poised to become one of the major tools for moving Nigeria towards achieving a number of the SDGs, mainly Goals 1, 2, 3, 4 and 8 which are very relevant to Nigeria’s Social Investment Programme. That is, if government’s decision to commit the recently repatriated $232.5 billion Abacha loot to the Programme is effectively implemented. As this is a key policy plank of the current administration, it makes a lot of sense for government to open up on social investment spending, implementation and outcomes. This would go a long way to restore citizen confidence in the troubled scheme while ensuring that the poorest and most vulnerable are reached with development goods and services in line with the philosophy of the global goals.

The next line of action would be to work with the Office of the Special Adviser to the President on the SDGs and the National Social Investments Programmes (NSIP) to craft fresh commitments for Nigeria’s next NAP cycle that are at once social investment and SDGs compliant. In a similar vein, sectors such as agriculture, environment, road infrastructure, power and water could give thought to the value that comes with more openness through the OGP.

OGP Week: A thought for a day
Share
Subscribe to our newsletter
Sign up here to get the latest news, updates and special offers delivered directly to your inbox.
You can unsubscribe at any time