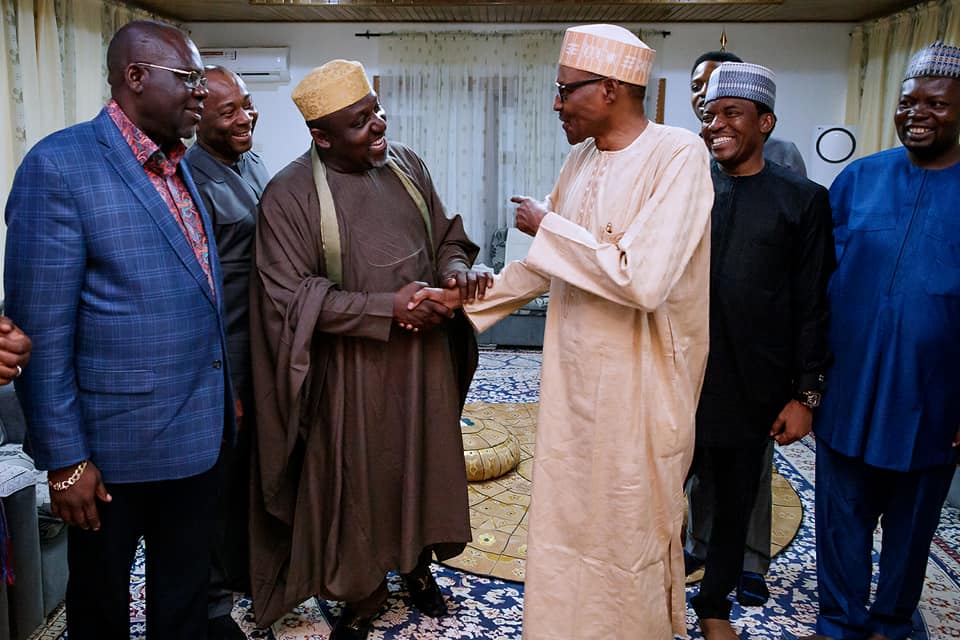 The Chairman of the Progressives Governors Forum, Rochas Okorocha, as well as Zamfara State Governor, Abdullaziz Yari, on Sunday paid a visit to President Muhammadu Buhari, at his hometown, Daura, Katsina State.

Okorocha who confirmed he came to brief President Buhari on the outcome of the exercise in his state, said, “we expect internal democracy and internal democracy is the way to go. Those kind of funny politics that were played must stop, where people want to carry ballot boxes, steal results looks so primitive. I intimated Mr. President and we will make sure that such things must stop.”

On what Buhari’s response was, the Imo governor said, “He spoke like the President and he will take the necessary steps to correct this in our party the APC, not just in Imo State but across the whole nation, to make sure that there is respect for internal democracy in Imo State.”

Yari on his part said the exercise went well in the north east region. According to him, “you know in a democracy you cannot expect everything to work 100 percent. But in our region from the information available to to us, everything went well in Katsina, Kebbi, Sokoto, Zamfara and Kano, where people expected that there maybe a problem, the exercise was successful. But anybody that has complain, there is a committee set up by the national executive of the party, they should take their complains there so that they will be attended to.”

Apart from the fracas that marred the exercise, there were also allegations of hijacking of electoral materials in most APC states with over a dozen people reportedly killed and scores with various degrees of injuries.

The Commissioner of Police in the state, Chris Ezike, was said to have held a closed-door meeting with the APC leaders for five hours.

It was reported that separate congresses took place in most of the local government area in the state.

The Minister of Labour and Employment, Dr. Chris Ngige,  escaped mob attack at a meeting of the All Progressives Congress in a hotel in Awka, Anambra State.

They alleged that the minister was trying to manipulate the result of the ward congress in his favour.