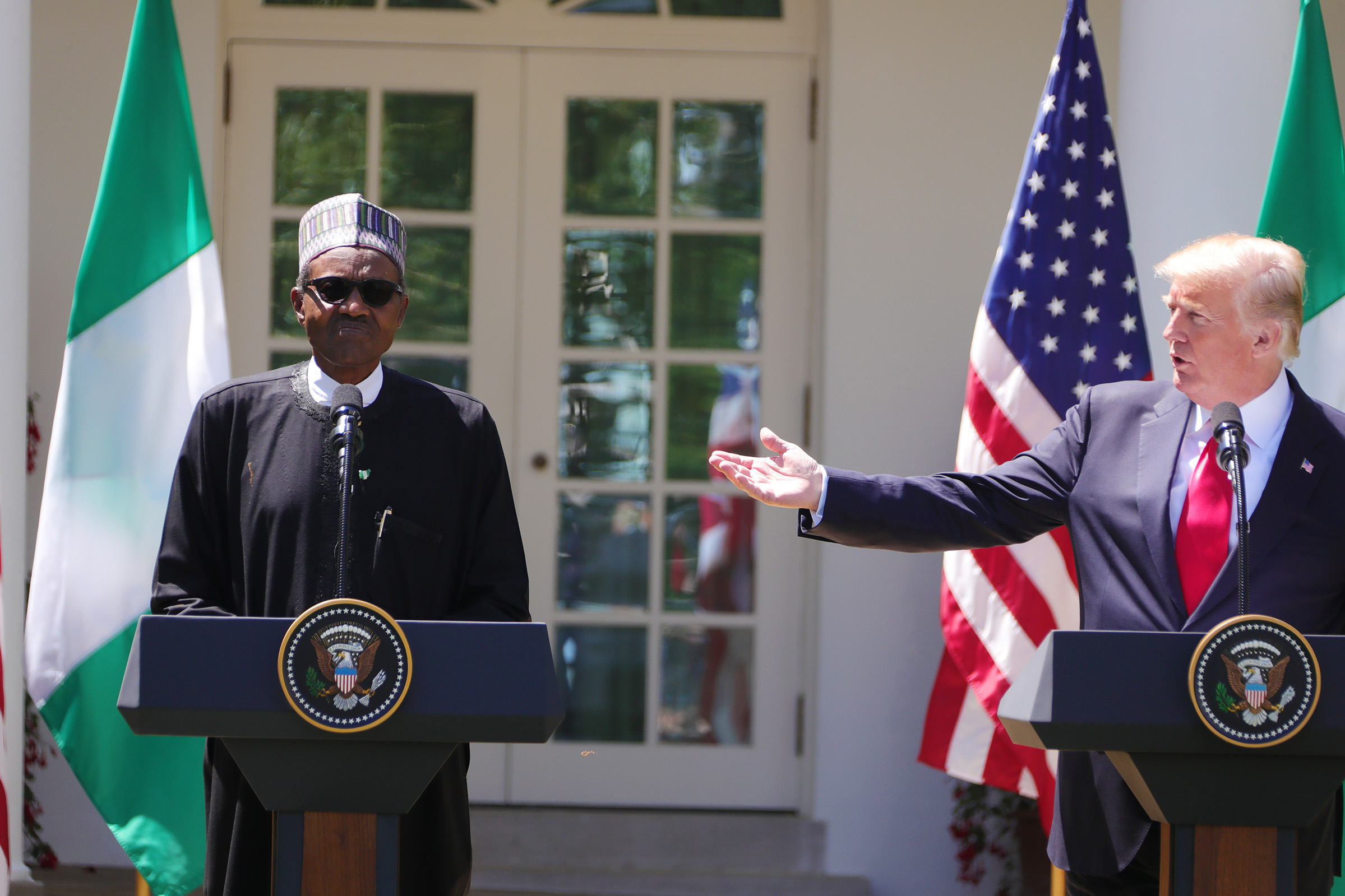 Trump said the U.S. values Nigeria’s role as a strong democratic leader in West Africa and one of America’s largest trading partners in Africa.

Trump says the U.S. will invest “substantially” in Nigeria if Buhari can create a level playing field.

The U.S leader asked president Buhari to stop the killings of Christians in Nigeria and also ensure the release of the abducted Dapchi School girl Leah Sharibu.

“Also we have had very serious problems with Christians who are being murdered in Nigeria, we are going to be working on that problem very, very hard because we cannot allow that to happen.”

“I’m very careful with what the press says about [people] other than myself, I’m not sure about the validity or whether that allegation against the president was true or not, the best thing for me is to keep quiet,” said President Buhari when asked if the president’s reported use of vulgar language in describing immigrants from Africa came up during their meetings Monday.