Nigerian Pilgrims and the threat by Saudi Authorities 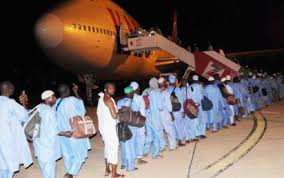 Share
Wale Suleiman
Not a few Nigerians were shocked by the news that the Saudi Arabian authorities are threatening to bar or quarantine Nigerian Muslims going for the 2019 pilgrimage over outbreak of Lassa fever in Nigeria. Saudi Arabia is the custordian of the Muslim holy sites in Mecca and Medina, and Muslim faithfuls from all over the world go on holy pilgrimage(hajj) to these sites once every year. Nigeria would have one of the largest contingents, about 95,000 pilgrims, to this year’s hajj.

There is no doubt that Saudi authorities have been very protective, and rightly so, of pilgrims to the holy land over the years, making huge financial and material investments in the welfare and protection of pilgrims. It would be irresponsible of Saudi Arabia to ignore any potential threat to the wellbeing of visitors to the holy land, including thousands of Nigerians.

But the news that that country may bar Nigerian pilgrims over threat of lassa fever is to say the least, ridiculous and disconcerting. The National Hajj Commission of Nigeria (NAHCON) on Monday said Saudi Arabia is taking the decision because of reports of Lassa fever outbreak in Nigeria.

Lassa fever broke in the country in January and government has done impressively well to contain the threat. State and federal resources had been deployed to combat the Lassa threat wherever it reared it head in the country.

Even though the mode of spread is different, the federal government combatted it with the same resources and alacrity it did for the ebola outbreak. Not only has the lassa fever been contained, it’s no longer a threat anywhere in the country. And this was confirmed by the World Health Organisation(WHO).

According to the WHO, 1081 suspected cases and 90 deaths have been reported from 18 states (Anambra, Bauchi, Benue, Delta, Ebonyi, Edo, Ekite, Federal Capital Territory, Gombe, Imo, Kogi, Lagos, Nasarawa, Ondo, Osun, Plateau, Rivers, and Taraba) between January 1 through February 25 this year.

During the period, 317 cases were classified as confirmed and eight as probable, including 72 deaths.

WHO however, said in a report Sunday that there is a steady decline in Lassa fever cases and deaths from 70 by February 18 to five by April 15.

The Guardian on Monday quoted WHO, as saying that “… From the beginning of the outbreak in January 1, 2018 to the week ending February 18, 2018, the number of weekly reported Lassa fever cases increased from 10 to 70.

“From late-February to early March, there has been a downward trend in the weekly reported number of Lassa fever cases with less than 20 cases reported each week in March and only five new cases reported in the week ending April 15, 2018.”

Moreover, it is mandatory for pilgrims going to the holy land to do some medical tests, including yellow fever. If the Saudi authorities are only concerned about pilgrims’ welfare, and are truly apprehensive about the situation in Nigeria, couldn’t they have insisted also on Lassa fever test for all pilgrims? Is it not unfair and against Islamic practice to punish Nigerian pilgrims because there are still five more cases of Lassa fever in Nigeria?

Why would the Saudi embassy in Nigeria not work with the management of NAHCON to address the threat, if indeed there is any more threat? The new Management of NAHCON under Alhaji Abdullahi Muhammad has not only been up and doing, but has been  one of the most pro-active government agencies in the country today.

The agency has partnered with National Agency for Prohibition of Traffic in Persons (NAPTIP) to curtail the menace of human trafficking, especially to Saudi Arabia. We all know that human trafficking is a world-wide menace and Nigerians have one of the highest statistics in the world. But the management of NAHCON is already working hard to change the narrative as far as pilgrimage to Saudi Arabia is concerned.

If Saudi respects Nigeria and places any value to the country’s contribution to religious tourism to that country, it must find more acceptable ways to protect pilgrims, and not at the expense of a country with such huge Muslim population. Working with the hajj commission to ensure potential pilgrims are tested free of any contagious disease is a respectable and civilised way of responding to threat of any disease in Nigeria.

This should also be the modus operandi of the Saudi authorities in confronting future similar threats from not only Nigeria, but other countries of the world that send pilgrims to Mecca and Medina.

Having said thus far, I am also inclined to think that the Saudi Government may just be flying a kite to ensure Nigeria and NAHCON do the right things before hajj time. If I am correct on this, then perhaps it is forgivable. But if indeed the threat is real, NAHCON and the Nigerian Government must immediately engage the Saudi authorities in an effective and productive diplomatic dialogue to ensure the threat is not actualised.

Nigeria must immediately send a high-powered delegation to Riyadh and thrash this out. If possible, officials of WHO can be on the delegation to endorse a no-threat-submission by the Nigerian government.  Besides this, the government and NAHCON must ensure it continued to work until Lassa is totally defeated.

The government must be advised that the Saudi threat must be seen as a wake up call to get our health care sector right. Government at all levels must remain alert at all times to prevent and contain outbreaks of epidemic in the country. The country deserves a well-articulated and well-implemented public health policy to avoid national embarrassment of the kind the Saudis is planning to hand Nigeria.

Nigeria is lucky because from till hajj period is still about three months away. What shall we be talking if the Lassa outbreak had happened a month or less before hajj? The Saudis would have been right to turn down Nigerian pilgrims or quarantine them in the holy land to protect other pilgrims.

Suleiman wrote in from Ilorin

Pilgrims
Share
Subscribe to our newsletter
Sign up here to get the latest news, updates and special offers delivered directly to your inbox.
You can unsubscribe at any time

FG lose billions as thieving officials help themselves with revenues