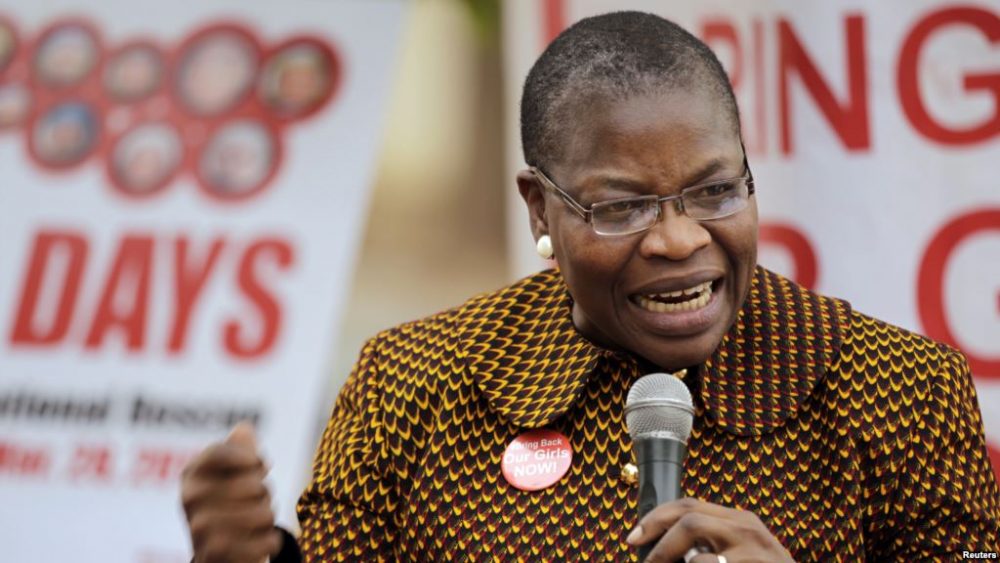 Former minister of education, Oby Ezekwesili on Wednesday said she can’t serve in the administration of president Muhammadu Buhari.

She made the revelation during the official launch of the Red Card Movement in Abuja.

“We are here today to activate the office of the citizen which is the office that every Nigerian citizen occupies. A citizen doesn’t have to be in government in order to have a voice as to how they are governed.

“Nigeria is a country that does not have any business being as poor as it has been.

She said unless Nigerians wake up and stand against the “failure of government” the country would remain the same.

“We want to mobilize citizens so that they will know that they have the power to determine the kind of government that will lead this country. Government that is competent, capable and has character.”

“When citizens don’t put their voice in how they are governed, then we are going to stay as a failed country forever. We decided to use our red card as a way of saying to people who have failed in governance to go and get out of the field of governance.”

Ezekwesili
Share
Subscribe to our newsletter
Sign up here to get the latest news, updates and special offers delivered directly to your inbox.
You can unsubscribe at any time