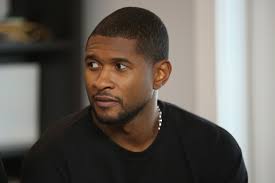 Police in the U.S  won’t be able to use surveillance footage to catch whoever broke into Usher’s home and took off with $820,000 in jewelry and cash…because the security cameras were stolen as well.

Usher’s estranged wife, Grace Miguel, reported the burglary to LAPD, saying their housekeeper notified her of the break-in on March 29, according to the police report obtained by The Blast.

The housekeeper told Miguel that when she arrived at the home that morning, she “discovered a footprint on the second floor, a handprint on the pillow in the lower floor, and the curtains to the lower floor window were open, according to Eurweb.

Miguel says she noticed that some jewelry had been stolen and when she called Usher to tell him what happened, she discovered that cash was also missing from a box on the nightstand (approximately $20,000, according to the report).

The home is currently on the market, and Miguel told police she believed the thieves came in through an unlocked a window during a recent open house. She told police she would contact the realtor to get a list of people who had visited the open.

Miguel also said she believed the thieves had stolen the jewelry earlier in the week and then returned to get the security footage.

Eurweb said the case is currently under investigation.