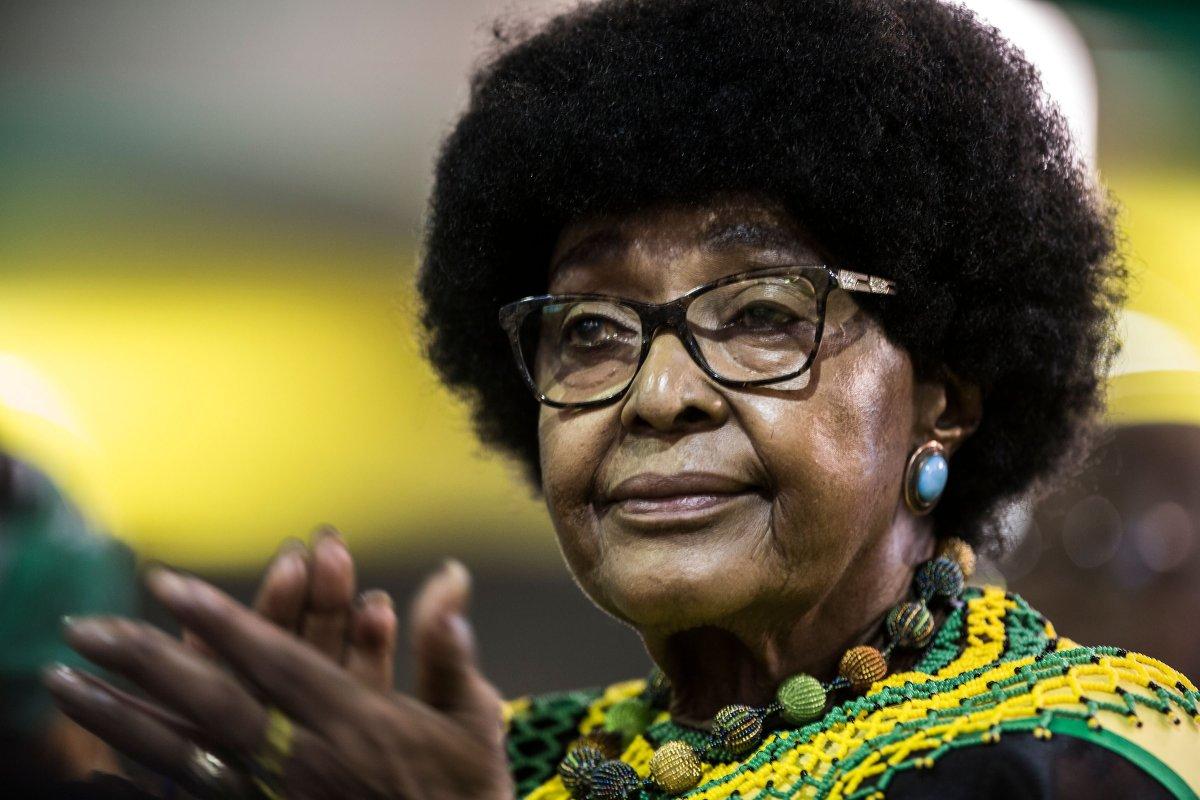 Winnie Madikizela-Mandela, the South African freedom-fighting activist who sustained the anti-apartheid battle while her husband, Nelson Mandela was in jail, has died.

She was 81. A statement from the Mandela family said Madikizela-Mandela had struggled with “a long illness” since the start of the year and “succumbed peacefully” at a hospital in Johannesburg.

Once known as “the mother of the nation,” Madikizela-Mandela was one of South Africa’s most well-known female freedom fighters. During her husband’s 27 years in prison, Madikizela-Mandela played a critical role sharing his message with the world.

“She kept the memory of her imprisoned husband Nelson Mandela alive during his years on Robben Island and helped give the struggle for justice in South Africa one its most recognizable faces,” the Mandela family said.

Her dedication to the anti-apartheid cause frequently landed her in jail.

“Winnie Madikizela-Mandela was for many years a defining symbol of the struggle against apartheid. She refused to be bowed by the imprisonment of her husband, the perpetual harassment of her family by security force, detentions, bannings and banishment,” Archbishop Emeritus Desmond Tutu said in a statement.
“Her courageous defiance was deeply inspiration to me, and to generations of activists.”

But her fall from grace began around the time of Nelson Mandela’s release in 1990, when she was implicated in brutal behavior by the Mandela United Football Club, which she founded.

She was convicted of kidnapping and assaulting a 14-year-old who was beaten to death by members of the club. Madikizela-Mandela was given a six-year sentence that was eventually reduced to a fine. By 1992 she and Nelson Mandela had separated. Their separation resulted in tawdry details in South African newspapers.

“You’re running around f—ing at the slightest emotional excuse,” she wrote in a letter to a young lover, according to Times Live.

“The fact that I haven’t been speaking to Tata (Nelson Mandela) for five months now over you is no longer your concern. I keep telling you the situation is deteriorating at home. You are not bothered because you are satisfying yourself every night with a woman.”

They were married for 38 years.

Madikizela-Mandela, along with Mandela’s second wife, Graça Machel, was at his bedside when he died.

Winnie Madikizela-Mandela
Share
Subscribe to our newsletter
Sign up here to get the latest news, updates and special offers delivered directly to your inbox.
You can unsubscribe at any time

Buhari has failed the test of leadership, says Obasanjo

Nigerians and the anti-corruption war