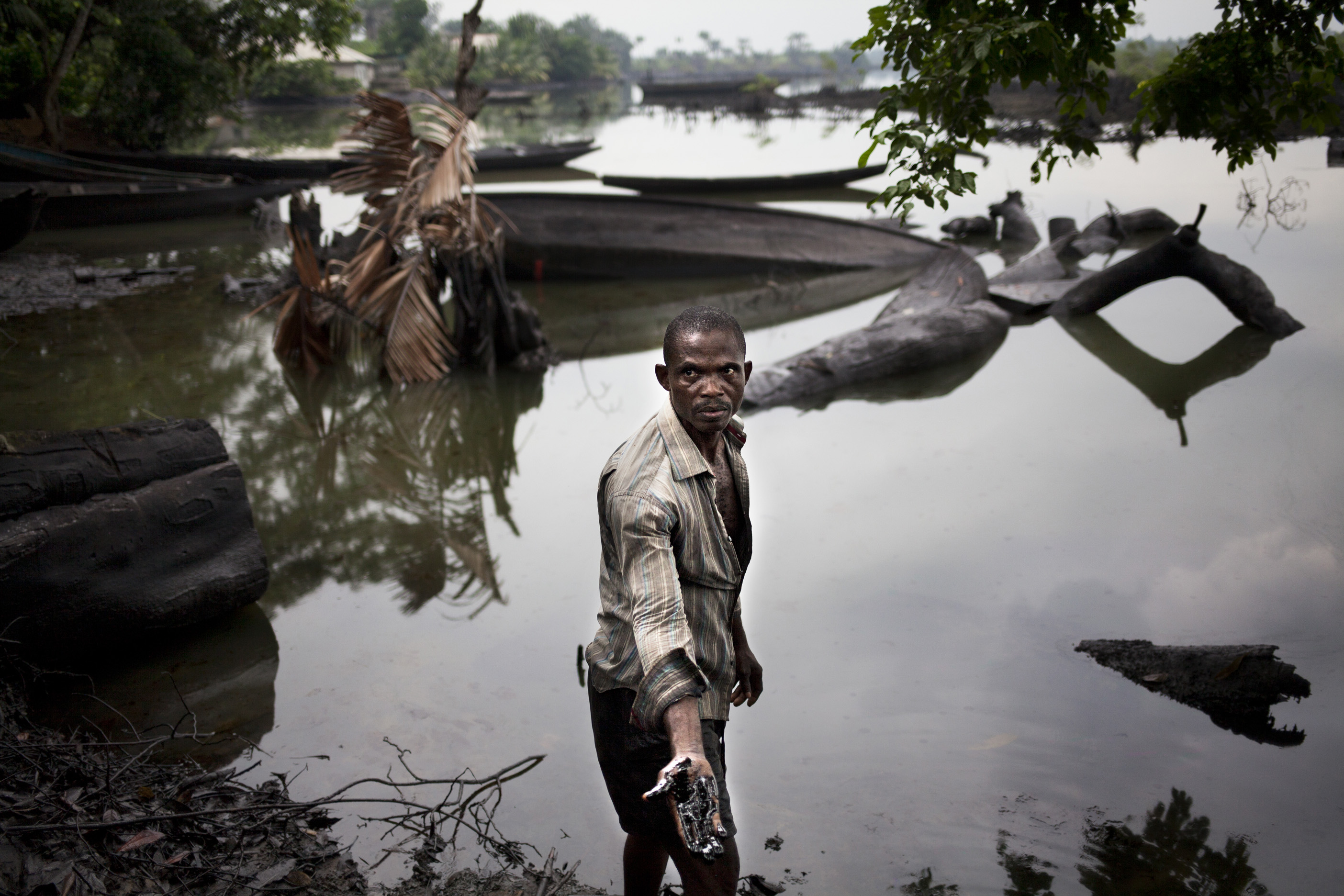 B-DERE, NIGER DELTA, NIGERIA- JULY, 2016: In B-Dere an oil spill from Shell in 2007, polluted all the water, depriving the fishermen of fishes and intoxicating the soil. Nothing is growing anymore is crying Nambi Azikiwe. (Picture by Veronique de Viguerie/ Reporatge by getty Images).

Describing their actions as “serious negligence”, Amnesty said the companies were “taking weeks to respond to reports of spills and publishing misleading information about the cause and severity of spills, which may result in communities not receiving compensation”.

Shell and Eni have for decades been two of the most active oil majors operating in the Niger Delta region.

Shell has reported 1,010 spills since 2011, and Eni 820 since 2014, according to Amnesty, which said among those 1,830 reports it found 89 “about which there are reasonable doubts surrounding the cause provided by the oil companies”.

In 2015, the Bodo community and a British law firm negotiated a 55 million pound pollution settlement with Shell.

The Natural Resource Governance Institute, a non-profit group that advises countries on how to manage oil, gas and mineral resources, acknowledged there were sometimes difficulties on both sides.

“There’s no good guy here, everybody’s kind of bad. I’m sure the companies don’t do all that they can to get to these places. But then they also have genuine grievances and genuine difficulties dealing with these communities,” said Aaron Sayne, from the institute.

“When spills become an opportunity to make money, your clean-up becomes really tough.”

Under Nigerian law, companies must visit sites within 24 hours of reporting a spill. Amnesty said that in one case Italy’s Eni took more than a year to respond to a spill in Bayelsa state.

While oil companies frequently attribute spills to sabotage and theft, locals say they are often due to other issues such as corrosion.