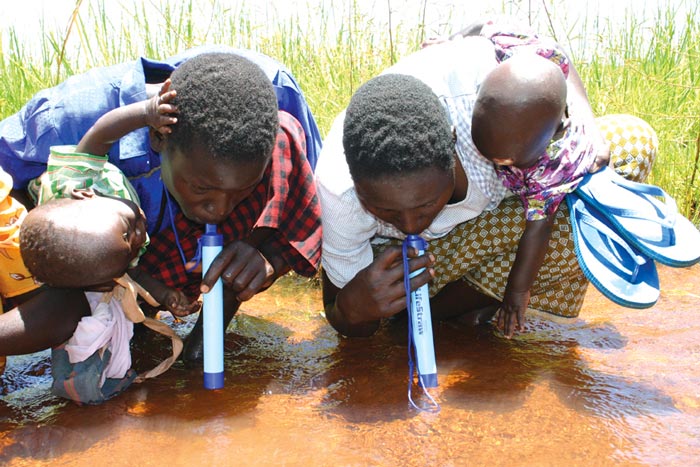 Following a Freedom of Information request by Socio-Economic Rights and Accountability Project (SERAP), the Federal Government has agreed to publish details of spending and locations of projects on water and sanitation for periods covering 2010—2016, as well as details of allocations to the 36 states of the federation.

SERAP had last week asked Engr. Suleiman Adamu, Minister of Water Resources to “explain why Nigeria’s water and sanitation infrastructure have continued to deteriorate and millions of Nigerians have to resort to drinking water from contaminated sources with deadly health consequences, despite the authorities claiming to have spent trillions of naira of budgetary allocations on the sector since the return of democracy in 1999.”

Responding, Mr Adamu in a letter with reference number FMWR/LU/S/374/I, and dated 12th March 2018 said, “The Federal Ministry of Water Resources will work hard to provide SERAP with the details of spending, and the information requested as they relate specifically to Water and Sanitation projects from 2010 to 2016.”

Reacting to the development, SERAP deputy director Timothy Adewale said in a statement today, “We welcome the firm commitment by Mr Adamu to explain to Nigerians what exactly have happened to trillions of naira budgeted for water and sanitation across the country between 2010–2016. Mr Adamu’s commitment is refreshing, especially coming at a time many public institutions and ministries such as the Nigerian National Petroleum Corporation (NNPC) are rejecting public requests for information and making information on the spending our commonwealth harder to access.”

SERAP’s reaction read in part: “While the NNPC has been a vocal opponent of the Freedom of Information Act, Mr Adamu can become the public number one advocate and defender of the law if he makes good his commitment to publish the information requested without delay. We hope the NNPC and other ministries, agencies and departments can take a cue from the speed with which Mr Adamu responded to SERAP’s request, and his expressed willingness to embrace both the letter and spirit of the FOI Act, in terms of transparency and accountability.”

“We hope that Mr Adamu will act promptly as promised but we will keep our legal options open should he renege on his commitment.”

“When the information is finally released as promised, it will be an important step towards reversing a culture of secrecy and corruption that has meant that high-ranking government officials continue to look after themselves at the expense of the well-being of majority of Nigerians, and development of the country.”

“We also appreciate Mr Adamu’s clarifications on the role of the Federal Ministry of Agriculture and Rural Development and will be sending the Minister Audu Ogbeh an FOI request very shortly to seek explanations from him on how public funds meant for water and sanitation were spent for the periods 1999–2010.”

It would be recalled that SERAP in a letter to Mr Adamu dated 2nd March 2018 claimed that, “Many toilets in public offices are out of order because of lack of water while millions of Nigerians remain desperate for water in their homes, often resorting to contaminated sources and drilling their own boreholes that can become easily mixed with sewage, with negative environmental impacts, and devastating for people’s health.”

SERAP’s letter read in part: “We are concerned that millions of Nigerians do not have access to clean and potable water and adequate sanitation. There is no water to show for the huge budgetary allocations and purported spending and investment in the sector since the return of democracy in 1999. Successive governments have failed to improve affordability of water for millions of low-income Nigerians, thereby denying them access to water.”

“Contractors handling water projects are reportedly engaging in schemes like the deliberate use of substandard pipes, among others, to make profit, leading to loss of water. This dearth of water also affects sanitation. The large number of broken down water facilities across the country has hindered effective water supply to the citizens.”

“Should Engr. Adamu fail to provide the information within 14 days, SERAP would take all appropriate legal actions to compel the government to act on this matter.”

“Millions of Nigerians (mostly children) lie sick, bodies ravaged by cholera, typhoid fever, dysentery among other diseases. An estimated 194,000 Nigerian children under the age of 5 die annually from these preventable diseases. There is almost no state and/or local government in Nigeria without abandoned water projects or one whose construction has gone on forever, creating a veritable opening for fraud and assuring the continued suffering of many.”

“Nigeria has received donations running into several billions of dollars from the African Development Bank, the European Union, UNICEF, USAID, World Bank among others to implement water projects without any feasible improvement on access to water. The African Development Bank has invested over $905million in the sector since 1971. Nigeria is currently investing over N85billion in the water sector, yet millions of Nigerians do not have access to portable water, and have resorted to drilling of boreholes, with negative environmental impacts.

Contaminated waterFGNigeria
Share
Subscribe to our newsletter
Sign up here to get the latest news, updates and special offers delivered directly to your inbox.
You can unsubscribe at any time

Tillerson To Nigeria: Beware Of The Chinese, When They Come Bearing Loans

Lagos state and the politics of taxation by Reuben Abati