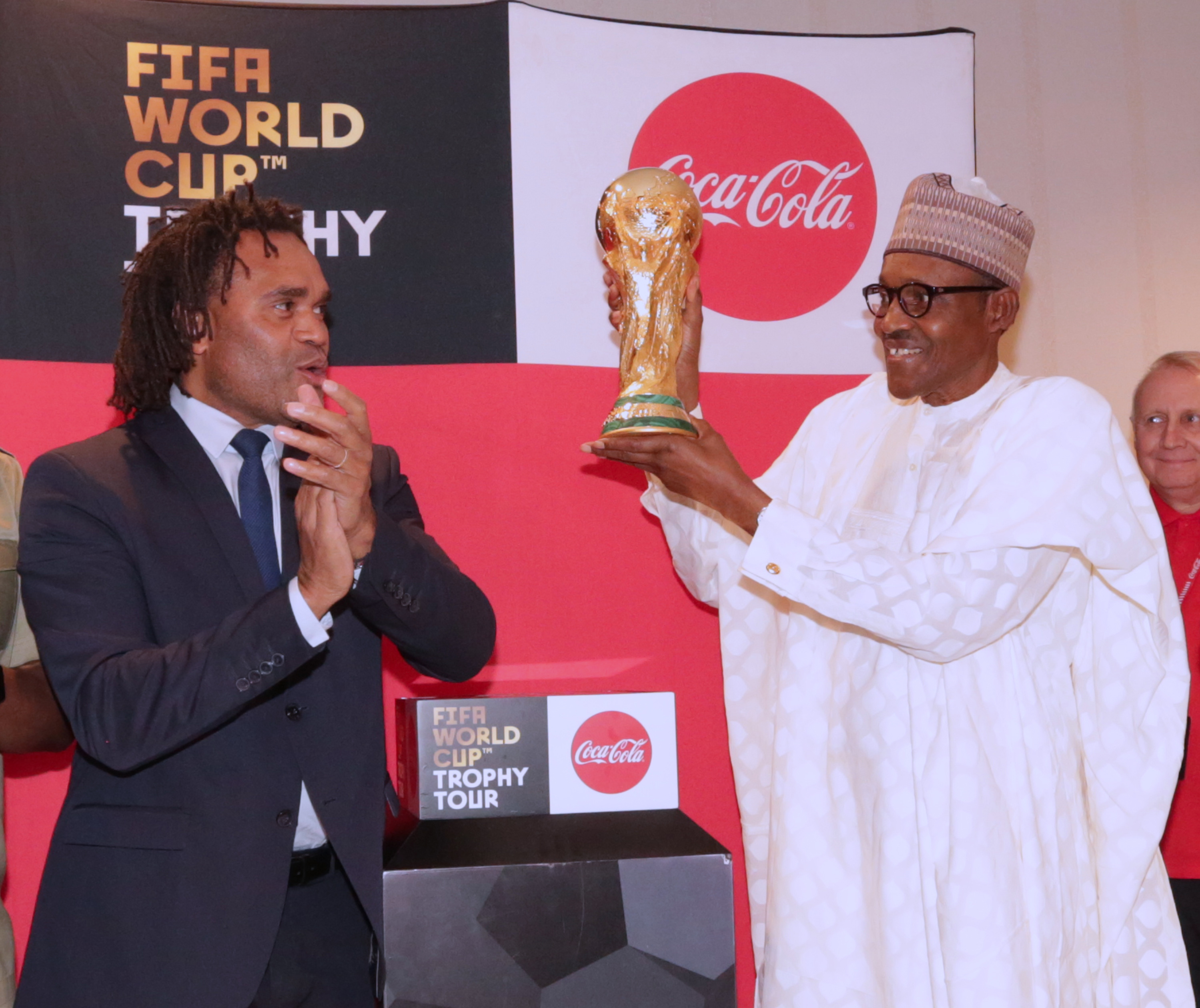 He was handed the trophy by Christian Karembeu, a retired French International footballer, a representative of FIFA.

The President and members of the Federal Executive Council (FEC), took a break from the meeting which started at 11am, to attend to receive the FIFA delegation led by President, Coca Cola West Africa, Peter Njonjo.

He also received CHAN Super Eagles who got silver medal at the competition in Morocco in January.