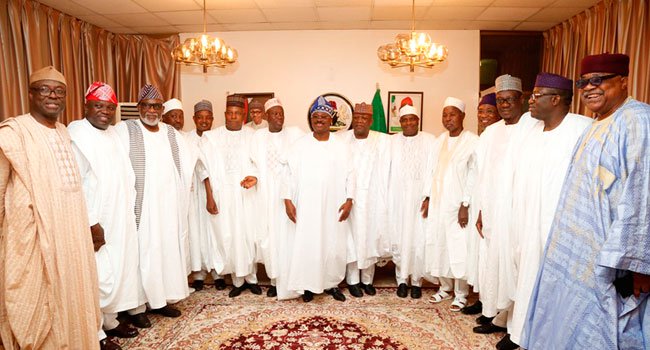 President of the Senate,Bukola Saraki,National leader of the All Progressive Congress(APC) Bola Ahmed Tinubu, top government officials, technocrats, captains of industries and diplomats representing different groups includes: Chief of Staff to the President,Abba Kyari, Secretary to the Government of the Federation,Boss Mustapha, Minister of Interior,Lt Gen.Abdulrahman Dambazau,Rtd,Chairman of Dangote Group,Aliko Dangote

Wife of the Vice President Oludolapo Osinbajo arrived Kano on Friday, in company with wives of 15 state governors. 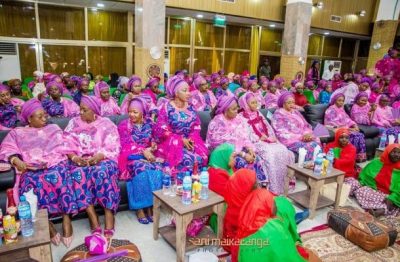 The wedding fatiha held at the Kano Central Mosque,adjacent to the Emir of Kano’s palace and lasted for just 15 minutes.

The Emir of Kano, Lamido Sanusi ll officiated the wedding, while the groom’s family was represented by President Buhari who presented a bride price(sadaki) of N50,000 to the bride’s family,represented by former Lagos state governor,Bola Tinubu who in turn received the bride price on behalf of the family.

Immediately the President touched down at Mallam Aminu Kano International airport at about 11:35am,residents of the state thronged the streets to welcome him.

AjimobiGanduje
Share
Subscribe to our newsletter
Sign up here to get the latest news, updates and special offers delivered directly to your inbox.
You can unsubscribe at any time

Osinbajo: We are waiting on National Assembly for 2018 budget