Our fragile media freedom: Are Journalists and Journalism under attack in Nigeria? 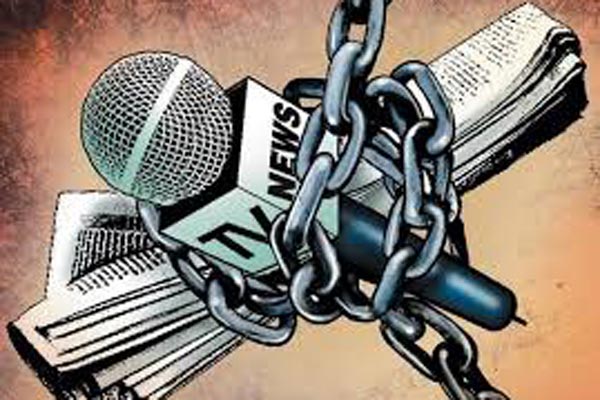 Twenty-three years after the crackdown on the media and the pro-democracy movements during the Military regime, Nigeria seems to be a different country. Freedom of expression is guaranteed in the Nigerian constitution and a slew of institutions and laws support the guarantee. At the same time, powerful  individuals, leaders and groups continue to seek ways to limit and undermine journalism.

Attacks and threats to media freedom are a mark of the importance of journalism, but the effects are felt by the citizenry at large.

The constitutionally guaranteed right to free expression is mainly about citizens’ right to be informed; journalists hold it in trust for the broader public. Journalism and its organisations have not always been successful in making that point clear.

At the same time, the growth of online platforms has led to an explosion of available information. In many senses, this has been positive, but it has also opened the door to abuse.

Feb 5, 2023
Daniel Elombah, who publishes elombah.com, was arrested around 4:30 a.m. at his home in Nnewi on New Year’s Day, alongside the newspaper’s editor. The editor was detained unlawfully for weeks over publication on the inspector general of the police.

On Wednesday, February 28,  Mr. Tony Ezimakor, Daily INDEPENDENT’s Abuja Bureau Chief in  Abuja  was invited and detained by the  DSS at about 10.30a.m. and has been kept under detention since then.

Upon honouring the invitation on Wednesday, he was shunted from one office to the other and was asked to wait for a particular officer who was said to have been away from his office. The  INDEPENDENT management had made frantic efforts through its lawyer, Mr. Douglas Ekhator, since Wednesday to see the detained Ezimakor but with little result.

As at Friday, the INDEPENDENT management had received no news about Mr. Ezimakor, though the lawyer, Mr. Ekhator, returned to the DSS office on Thursday morning. One thing is certain, Mr. Ezimakor was not given his medication though the lawyer who took it to him late Wednesday.

The newspaper has sent an alert to the world to this real and present danger that Mr. Ezimakor is a high blood pressure patient and apart from taking his drugs, needs to see his doctors at very short notice.

The implication is very clear; any outfit holding him for days is endangering his life.

“We reiterate that Mr. Ezimakor’s wife said the husband left home on Wednesday without medication and did not eat any food before leaving home Wednesday morning, the newspaper said in a statement.

She lamented that her husband’s health must be in grave danger, especially as DSS operatives have denied him access to his prescribed drugs.

“I think most of the public understands that we’re under attack by very powerful people, including governors’, ministers, for their own partisan, political, and ideological reasons, said Stella Igwe-Adesoga, Per Second News associate editor.

“They’re basically saying believe us, believe only your president and believe only those in power. Don’t believe those out in the press.” she concluded.

Last year, under the orders of Kaduna governor Mallam Nasir El rufai, the police arrested Jacob Dickson, who was said to have written a report that cited witnesses as saying youths had pelted the state governor with rocks as he tried to broker peace between residents of two adjacent neighbourhoods.

Police after questioning him at the station in the central Nigerian town of Kaduna, took him to the Kaduna Magistrates Court, charged him with incitement and returned him to custody the same day.

This development brought to six, the number of journalists arrested on the orders of the state governor since his assumption of office on May 2015.

The Federal Government has said that it has no plan to stifle freedom of the Press in the country because it was aware that free press was vital to the success of any democracy.

Minister of Information and Culture, Alhaji Lai Mohammed,  made the assurance last year, while reacting to allegation that the arrest of Premium Times Publisher and another staff was a ploy by the Federal Government to muzzle the press.

‘’We have said it before and we want to re-state it: The Federal Government has no immediate or long-term plan to stifle press freedom. Even the social media, with its warts and all, will neither be regulated nor have its operations tampered with,’’ Mohammed assured Nigerians.

Despite the assurance, some government agencies have increased subtle but vigorous shadowy war against the press.

They seem to be working against the federal government’s policy on free press.

Targets of media have always sought to retaliate, but the means of fighting back has reached mass scale. An entire industry has been created, some of it underground, some of it wide open, all of it aimed at discrediting a journalist’s critical take.

The Independent newspaper journalist is merely the latest case of powerful interests trying to silence a journalist.

The freedom of media, the fourth pillar of the democracy, is important for the democracy’s survival itself. An attack to hush its voice or of any individual will not let its fire burn out or the quest for truth and justice diminish. As Camus said, “A free press can be good or bad, but, most certainly, without freedom, a press will never be anything but bad”.

JournalistsNigeria
Share
Subscribe to our newsletter
Sign up here to get the latest news, updates and special offers delivered directly to your inbox.
You can unsubscribe at any time