Whitney Houston Did Not Die From Drugs- Bobby Brown 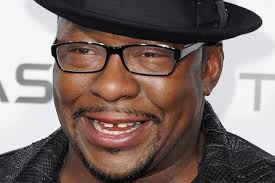 In a very revealing interview music star Bobby Brown was asked about the death of his ex-wife, Whitney Houston. Surprisingly, he admits that despite drugs being found in her system at the time of her death, he doesn’t believe that’s what killed her.

This month marks the sixth anniversary of Whitney’s death. What do you think was the most misunderstood thing about her?

What do you think it was?

She was really working hard on herself to try to be a sober person and, um [pauses] she was a great woman.

[Alicia Etheredge-Brown, his wife and manager, interjects]: There were drugs in her system.

[Etheredge-Brown]: You feel that other things played a part …?

That played a part. Yes.

What do you attribute her death to if it wasn’t drugs?

In another part of the interview, Brown was asked about Nick Gordon. Let’s just say Brown’s answer may or may not shock you, depending what your point of view is regarding what happened between Gordon and Brown’s daughter, Bobbi Kristina.

In 2016, Nick Gordon was ordered to pay $36 million to the estate of your daughter. Do you feel there has been justice related to her death?

Because he’s still walking around free.

Justice? If he was locked up somewhere where somebody can rape him. That’s just how I feel. He raped me by taking my daughter away.

No more widespread disappearance of fertilizer trucks under my watch- Buhari

In Pictures: Jennifer Eliogu performing at the Per Second News ‘Celebration of Philanthropy’