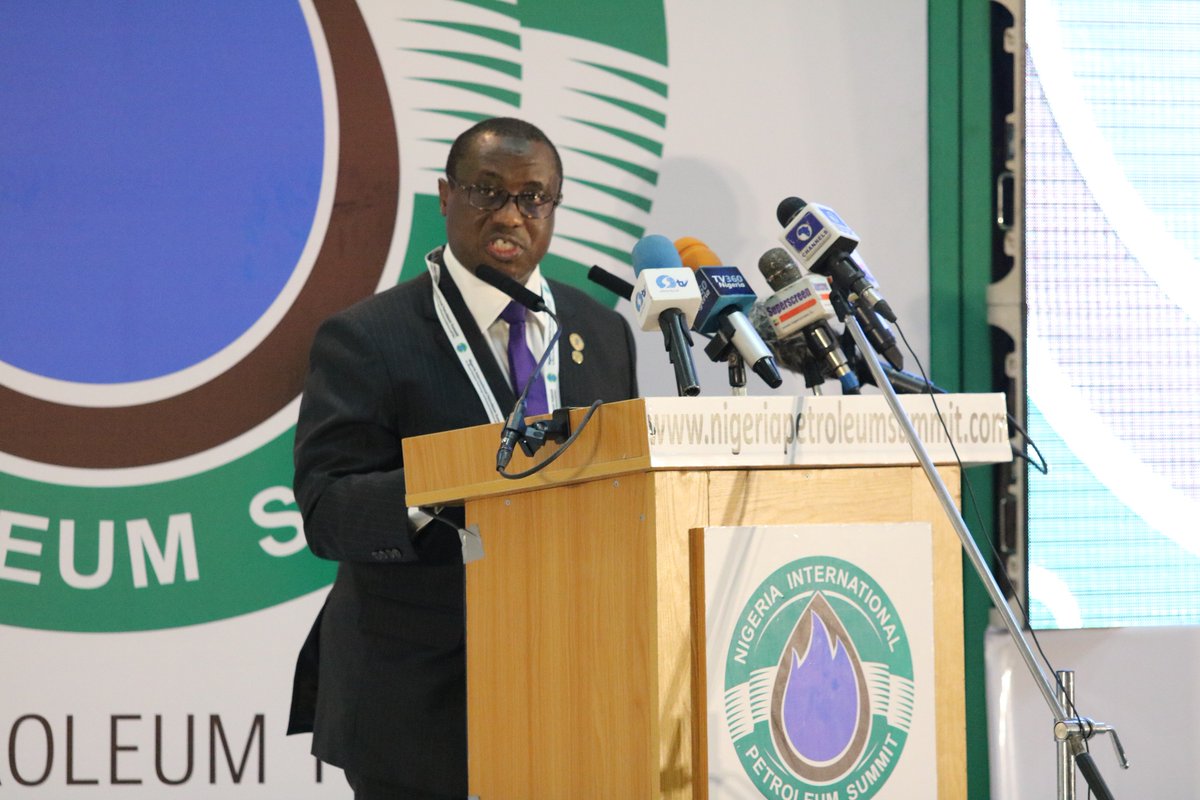 Delivering the Oil Industry address at the annual Society of Petroleum Engineers’ Oloibiri lecture series, Group Managing Director of the corporation, Dr. Maikanti Baru who was represented by Bello Rabiu, Chief Operating Officer in charge of the Upstream Directorate of the NNPC, disclosed that the 7CGDP would be executed aggressively on a sustained level.

He said that the anticipated rise in domestic gas demand to about 7bscfd which is envisaged to outpace gas supply development trajectory necessitated the urgency for NNPC to identify short, medium and long term gas resources to bridge the huge supply gap.

He announced that when fully implemented, the projects would enable the nation meet its aspiration of delivering gas to support 15,000MW power generation and position Nigeria as a regional hub for gas based industries (Petrochemicals, Chemicals, Methanol, Fertilizer, etc.).

Speaking directly on the theme of the Oloibiri lecture, entitled: “The Nigerian Oil Industry in a World of Changing Energy Supply: Are We Prepared?”, the GMD noted that the strategy of the corporation included diversification from Oil using Nigeria’s enormous gas resources for in-country industrialization viz: Gas to Power, Gas to Urea, Methanol, and Fertilizers etc. He said this had the potential to accelerate growth of the economy and mitigate the impacts of future oil price drops.

As a pointer, the GMD noted that between 2010 and today, almost 500km of pipelines had been completed, commissioned and now delivering gas.

‘’With these, all available power plants in the country today are connected to permanent gas supply pipelines,’’ he said.

‘’Most recently, the Federal Executive Council approved the contract award of the 40-inch by 614Km Ajaokuta-Kaduna-Kano pipeline and associated facilities. This pipeline is expected to supply natural gas to power plants and industries in the northern part of the country,’’ he said

Dr. Baru explained that once completed, the nationwide backbone gas infrastructure would be in place and with the prevailing effort in infrastructure development, NNPC would have expanded supply capacity, establishing an integrated gas pipeline infrastructure grid across the entire country.

The NNPC GMD said that with the growth in infrastructure, gas, hitherto inaccessible and flared, was now being utilized. He emphasized that   Nigeria had seen the most aggressive drop in gas flaring from a peak of 2500mmcf/d few years ago to about 700mmcf/d currently and reducing. He projected that in the next few years, the country would have stopped routine flaring from all the gas producers.

Earlier in his keynote address, the Honorable Minister of State for Petroleum Resources, Dr. Emmanuel Ibe Kachikwu, who was represented by his Senior Technical Adviser, Mr. Johnson Awoyemi, charged oil industry stakeholders to brace up for the changes ahead.

Similar counsel was proffered by Engr. Chika Nwosu, Nigeria Council Chairman of SPE, who charged industry operators and policy makers to note the popular aphorism that ‘’The stone age did not end because mankind ran out of stones’’.

He warned that the world may not wait for the oil barrels to dry up before moving to other sources of energy.

Dr. Rabiu Suleiman, Senior Technical Adviser to the HMSPR on Refineries and Downstream Infrastructure, in a paper presented at the event re-iterated the need for the industry to collaborate on the challenges ahead.