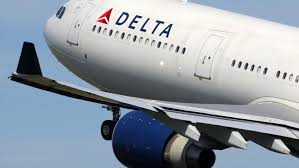 Delta officials confirm an Atlanta-bound flight from Lagos, was forced to turn back Tuesday after the plane experienced engine issues.

According to Delta, flight 55 from Murtala Mohammed Internationl Airport took off from the airport around 10:50 p.m. Nigeria time. Flight tracking website FlightAware indicates the flight had only been in the air for a little less than an hour and a half, and had only traveled 29 of its roughly 5,800-mile journey, before one of the A330-200’s two engines reported issues.

Delta said the flight landed safely shortly after midnight, but passengers had to use the emergency slides to exit the plane onto the runway. Airport fire crews met the plane on arrival, and passengers were bussed back to the terminal.

At this time, Delta said it is aware of five customers who reported non-critical injuries during the evacuation.

“The safety of Delta’s customers and crew members is always our top priority,” the company said.

It’s very unusual for an aircraft departing on a long-haul flight to land so shortly after takeoff, and typically indicates a potentially life-threatening situation. Usually in these situations the aircraft weight is well above the Maximum Landing Weight, requiring the crew to dump fuel and/or circle to avoid potential structural damage to the aircraft.

There’s no indication at this time whether Delta flight 55 was able to dump fuel or was overweight at the time of the emergency landing.

Delta
Share
Subscribe to our newsletter
Sign up here to get the latest news, updates and special offers delivered directly to your inbox.
You can unsubscribe at any time