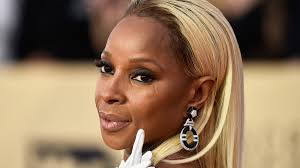 Mary J. Blige believes she has to live through some painful life moments because of the assignment that God has on her life.

The singer and actress, known by fans as the “Queen of Hip Hop Soul,” spoke to New York Magazine’s Vulture about having to live through certain painful moments.

“I hate pain, but I know how to deal with it. To do the assignment God has sent me to do, I have to live certain things,” Blige told Vulture this week. “And unfortunately I’m constantly living it. You understand what I’m saying? It’s like trying to talk to a prison class, but you’ve never been to prison.”

One of those painful moments for Blige was her public divorce from her former longtime manager and husband of 12 years, Kendu Isaacs, which was announced in 2016.

The 47-year-old R&B singer previously appeared on TV on Nov. 16 where she explained that God and prayer helped her overcome the pain of divorce.

“What is getting me through is God, prayer, my family, people who love me, my fans,” Blige said. “Me being healthy and loving myself the way I do and taking care of myself. … It’s put me in a place where I can see things clearer.”

Still, Blige has been moving forward and working hard on her latest Netflix film, “Mudbound,” which has garnered her Oscar nominations for best supporting actress and best original song.

Blige called the opportunity to star in the film and co-write the Oscar-nominated song “Mighty River” nothing short of a blessing. She spoke about the opportunity in The Hollywood Reporter this week.

“I didn’t want to ask [Director Dee Rees for the opportunity to write the song] because Dee had given me so much already by offering me the role and just blessing me with that part, but I couldn’t wait for them to come to me and ask me to sing the end-title song. It was like I was just laying in the cut, waiting,” she said. “And when they did, it was right up my alley. I was like, ‘Yes! This is too good.’ 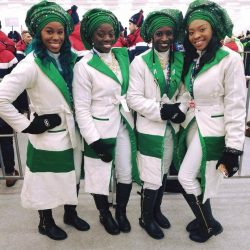