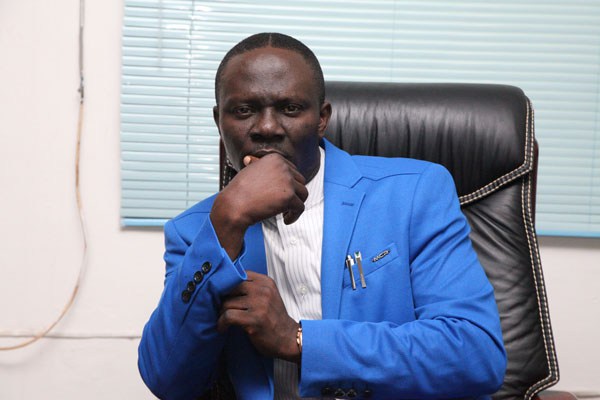 Abuja – Spokesman to former military President, General Ibrahim Babangida, Mr. Kassim Afegbua has challenged the Nigeria Police over his purported declaration as a wanted person, stressing that there are spelt-out procedures for declaring a person wanted by the Police.

Afegbua in a statement issued by his lawyers in response to the Police declaring him wanted, said the Police or any other law enforcement agencies can only declare a person wanted particularly if the person is a suspect in the commission of a crime and is on the run.

The statement issued by Kayode Ajulo & Co. Castle of Law, Abuja-Nigeria further stated; “Our client, Prince Kassim Afegbua’s attention has just been drawn to a malicious news item on Nigeria Television Authority alleging that the Nigeria Police has declared him wanted over a statement he issued on behalf of former Military President, General Ibrahim Babangida, GCFR.

“Prince Afegbua, is a well known journalist and was a cabinet member of Edo State Government with a known address in Benin, Edo State and Abuja, yet he is not on notice of the police invitation whatsoever, before the purported publication declaring him wanted.

“For the avoidance of doubt, there are spelt-out procedures for declaring a person wanted by the Police. The Police or other law enforcement agencies can declare a person wanted if they find reasons to do so, particularly if the person is a suspect in the commission of a crime and is on the run.”

His lawyers said they want the public to know that their client, in discharging his duty to his principal, General Ibrahim Babangida, GCFR, cannot by any stretch of the imagination be said to have committed a crime that warrants such negative publicity neither is he on the run.

The statement further states; “Our client, however, remains undeterred by the desperate efforts of some individuals to intimidate him and bend his will and rights against the Constitutional provisions, framework of Nigeria Police Force Act and the laws of the land.

“The circumscription of his constitutional right to the dignity of self, freedom of expression and fair hearing denotes that there is a desperate attempt to scare him into submission.

“We have advised Prince Afegbua of his right and remedies available to him, as a law abiding citizen of NIgeria, he has elected to make himself available to the Police on Wednesday once he returns from his trip.”

The Inspector General of Police on Monday ordered the immediate arrest of Kassim Afegbua for allegedly making false statements, injurious falsehood, defamation of character and for act capable of inciting public disturbance throughout the country.
A terse statement issued by the Forece Public Relations Officer, CSP Jimoh Moshood said Afegbua is therefore declared wanted by the Nigeria Police Force and should report at the nearest Police Station anywhere he is in the country.

AfegbuaIBBPolice
Share
Subscribe to our newsletter
Sign up here to get the latest news, updates and special offers delivered directly to your inbox.
You can unsubscribe at any time