Metuh carried to court on a stretcher 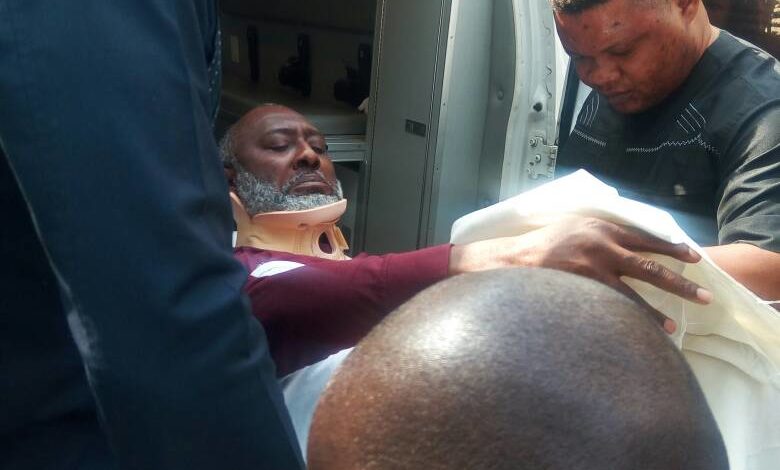 Former spokesman of the Peoples Democratic Party ( PDP ), Olisa Metuh was brought to court Monday on a stretcher.

Metuh was in court for his ongoing trial in respect of the N400m he allegedly received from the Office of the National Security Adviser in 2014.

Justice Okon Abang,adjourn the matter due to the condition of the defendant and he was moved into an ambulance after the Federal High Court session,

Metuh
Share
Subscribe to our newsletter
Sign up here to get the latest news, updates and special offers delivered directly to your inbox.
You can unsubscribe at any time