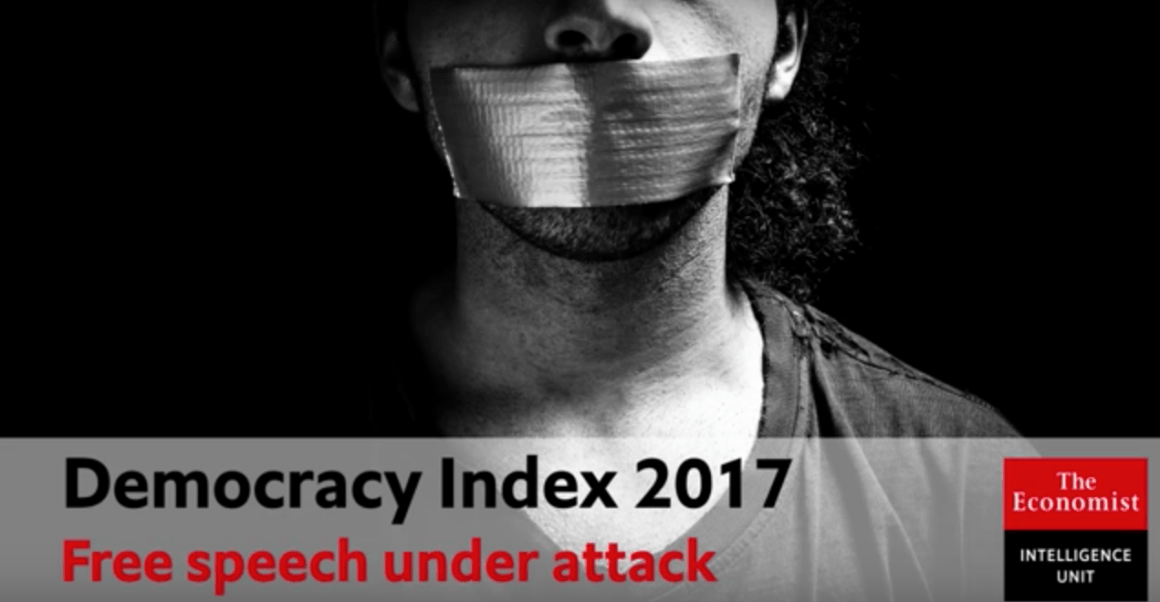 Nigeria slipped to 109th position out of 167 countries in the latest Economist Intelligence Unit’s (EIU) Global Democracy Index report due to irregularities in elections, increasing atrocities against religious beliefs as well as other dissenting voices, according to the EIU.

The EIU observed that Nigeria ‘s overall score in the index fell to 4.44 points out of 10. Nigeria was categorized as hybrid regime.

Countries that scored between 4 to 5.9 on the index were classified as hybrid regimes, i.e. nations whose elections possess several irregularities.

Norway once again tops the Democracy Index global ranking in 2017. The Nordics occupy the top three spots, with Iceland and Sweden taking second and third place. New Zealand comes in fourth place and Denmark in fifth. Finland is not far behind, in ninth place with a total score above 9.

The index showed that the aggregate score for civil liberties also dropped in 2017, partly reflecting attacks on the media and on freedom of expression by government. Africa’s score for the functioning of government remains the region’s weakest category, with an average score of 3.36, down from a score of 3.48 in 2016. There have long been glaring shortcomings in this area. In many countries accountability within government is weak or entirely absent; there are too few checks and balances on executives; corruption is endemic; the civil service is unskilled; and cronyism and patronage often trump efficiency in the eyes of policymakers. Confidence in government tends to be very low, said the index report.

The Economist Intelligence Unit’s Democracy Index is based on five categories: electoral process and pluralism; civil liberties; the functioning of government; political participation; and political culture. Based on their scores on 60 indicators within these categories, each country is then itself classified as one of four types of regime: full democracy; flawed democracy; hybrid regime; and authoritarian regime.

The latest edition of The Economist Intelligence Unit’s Democracy Index records the worst decline in global democracy in years.

Freedom of expression in particular is facing new challenges from both state and non-state actors, and is a special focus of this year’s report.

EIU Index
Share
Subscribe to our newsletter
Sign up here to get the latest news, updates and special offers delivered directly to your inbox.
You can unsubscribe at any time

Diamond bank set to reward over 4,950 customers with N433m in DiamondXtra Season 10