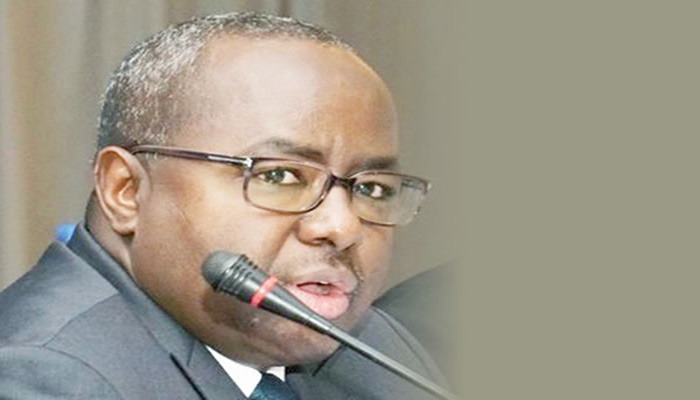 The Administrative Panel of Inquiry that investigated the suspended Director-General of the Securities and Exchange Commission, Mr. Mounir Gwarzo, has recommended that he be sacked and replaced.

The panel, headed by the Permanent Secretary, Federal Ministry of Finance, Mahmoud Isa-Dutse, was set up by the Minister of Finance, Mrs. Kemi Adeosun, to investigate corruption allegations against the suspended DG.

The panel also recommended that Gwarzo be referred to the Independent Corrupt Practices and other related offences Commission for further investigation of the allegation of using his position as SEC DG to influence the award of contracts to Outbound Investments Limited.

In the report, which has already been submitted to the finance minister, it was recommended that the holding of the position of the DG of SEC as well as a director in two private companies (Medusa Investment Limited and Outbound Investments Limited) was in breach of public service rules 030424 and 030402 and Section 6 of the Investment and Securities Act, 2007.

The panel stated in its report, “Mr. Mounir Gwarzo should be referred to the ICPC for further investigation of the allegation of using his position as director-general to influence the award of contracts to Outbound Investments Limited in view of the provisions of Sections 57 (12) (b) and 58 (5) of the Public Procurement Act, 2007.

“Gwarzo should be dismissed from the public service of the Federal Government, in line with the PSR 030402 (in relation to the allegation on golden handshake), having breached paragraphs 313 and 316(4) of the Financial Regulations (Government Notice No. 219 of October 27, 2009) (engaging in extra-budgetary expenditure without appropriate approval).

However, the panel recommended that the cases of two management officers of the commission, Mrs. Anastasia Braimoh and Mr. Abdulsalam Naif, be referred to SEC for appropriate disciplinary action in line with the provisions of the staff manual of the commission.

Meanwhile, Adeosun and Gwarzo clashed on Tuesday when they both appeared before the House of Representatives Committee on Capital Market and Institutions at the National Assembly in Abuja.

Gwarzo said that the timing of the suspension and a series of meetings held between him and Adeosun over the Oando case suggested that the oil firm was the real issue and not the allegations of financial impropriety levelled against him.

“The minister called me to her office and demanded that I should stop the forensic audit of Oando. I asked that she put it in writing, but she called for my resignation instead. She said if I failed to resign, then I would be suspended.

“And I insisted I would not do anything the minister asked me to do. What followed the next day was my suspension.”

Gwarzo admitted that he indeed claimed N104m severance package from SEC, defending the payment as his due, having served as a commissioner for over two years prior to being appointed as the DG.

He informed the panel that SEC’s provisions for entitlements covered the money he was paid.

“Nothing went wrong with my payments. There were payments approved by the Board of SEC before mine. Why did it become necessary for my own to go to the minister for approval?” Gwarzo queried.

The minister on her part said the suspended DG took several decisions that conflicted with his position.

For instance, she said a petition investigated and found to be true was that Gwarzo, as a public officer, had interests in two private companies.

“As we speak, the forensic audit is still going on. It has not stopped. If it was about Oando, as he has always claimed, why is the audit still on even after the suspension?

“I gave my support to the audit though he did not inform me beforehand. I gave my approval.”

She noted that one of the companies had business transactions with SEC, including supplying diesel to the agency, while Gwarzo presided over its affairs.

She added that by that act alone, Gwarzo had breached the Public Service Rules and did not deserve to continue to sit as the SEC DG.

The minister recalled how the Whistle-blower Unit of the ministry received “loads of documents” of petitions against Gwarzo in October 2017, which made the ministry to move in by setting up an administrative panel to probe him.

She added, “He was still a director of one of the companies and we found out that there was a conflict in what he told us and the records we got from the Corporate Affairs Commission. He remains a shareholder in Medusa, and his saying that he resigned is not true. The CAC records show otherwise.

“As we were investigating, documents began to miss from SEC. We were compelled to suspend him as a pre-emptive decision to protect the integrity of the capital market.”

DGGwarzoSec
Share
Subscribe to our newsletter
Sign up here to get the latest news, updates and special offers delivered directly to your inbox.
You can unsubscribe at any time