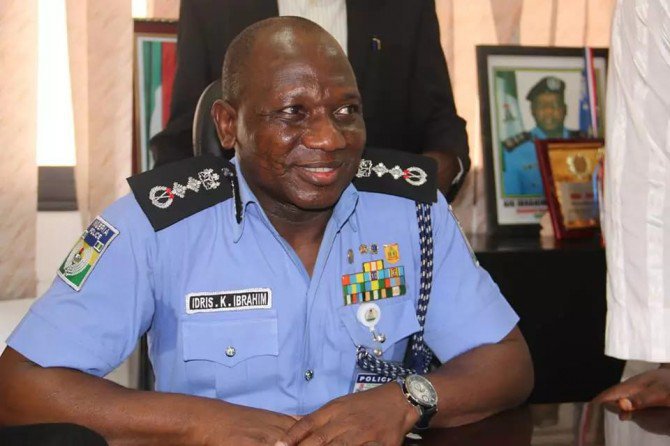 Abuja – Three main socio-cultural groups in Benue State representing the three major ethnic nationalities in the State have called for the immediate resignation of the Minister of Defence, Alhaji Mansur Dan-Ali, whom they accused of compromising his office by failing to send the military to Benue since the latest crisis started.

The groups made up of the Mdzough-u-Tiv, Idoma National Forum and Omi Ny’ Igede,further accused the minister of Defence, Alhaji Dan-Ali of outright display of nepotism in the handling of security issues in the country, stressing that while  he was quick to advise for the deployment of troops to other parts of the country, he bluntly refused to do so in the case of Benue.

This is just as the groups urged President Muhammadu Buhari to sack and prosecute the Defence Minister over his alleged complicity in the murder of innocent Benue citizens.

In a press statement at the weekend, the Benue groups also demanded that Should President Buhari fail to sack the Defence Minister, the National Assembly should immediately investigate the President’s role in the Benue killings with the view to possibly impeach him if found wanting in the performance of his duties by failing to avert the killings of the Benue people after several complaints and official report by the State Governor, Samuel Ortom and the three socio-cultural organisations.

The statement which was jointly signed by Chief (Engr) Edward Ujege (President-General, Mdzough-u-Tiv), Barr. Amale Adoya Amale (President-General, Idoma Nation Forum) and Chief Ode Enyi (President-General, Omi Ny’ Igede), is in response to what the groups described as reckless, highly provocative, unstatesmanly and divisive comments by the minister of Defence, Mansur Dan- Ali on a Channels Television  Programme on the sustained senseless and organised killings of Benue people by the Fulani Herdsmen.

The groups were miffed that the Defence  Minister, in his comments attributed the unprovoked barbaric murder of innocent and defencelss children, pregnant women and the aged in Benue state to the  enactment of the Anti-Open Grazing Law by the Government of Benue State.

The stated thus; “We are extremely saddened by the public show of partiality, partisanship by the Minister of Defence whose oath of office requires of him to defend the territorial integrity and all peoples of Nigeria including the good people of Benue state from both internal and external aggression.

“We hasten to ask this critical question: If the killings in Benue were as a result of the anti-Open Grazing law, to what will the Minister attribute the killings of farmers by Fulani Herdsmen and wanton destruction of farms and property in Adamawa, Plateau, Ondo, Edo, Nasarawa and other states of the Federation in recent weeks where such a law is not in place?,” they queried.

The groups further said; “the Minister has by his statements on a national television network clearly demonstrated that he has grossly compromised the oath of his office  by openly endorsing the blood – letting in Benue.

“We hasten to declare that there can be no justification to take human life under any circumstance in the manner the Minister shamelessly justified in the Television programme.”

The Benue groups contended that the Dan-Ali’s provocative statement, which comes shortly after an equally condemnable remarks by the Inspector-General of Police, Alhaji Ibrahim Idris that the January 1, 2018 cold-blooded killings of over 70 people in Guma and Logo LGAs of Benue State were results of communal clash, has reinforced their earlier held suspicion that the Fulani Herdsmen have been acting with the full backing of top government officials in the Buhari-led administration.

They therefore called on the international community to wade into the gross violation of the right to lives of harpless Benue people and the unwholesome destruction of their farms and other means of livelihood.

They expressed gratitude to the various socio-cultural groups across the country notably the Afenifere, Ohaneze Nd’Igbo, the South-South People, human rights and pro-democracy activists and organisations, religious groups, Elder statesmen, opposition political parties, state Governors, members of the National Assembly, Traditional Rulers, the Media and other well meaning Nigerians, who resolutely stood by the people of Benue by openly condemning the genocide against Benue people.

The bad news from Kano By Sufuyan Ojeifo

I Ran From Boko Haram Once. No More.