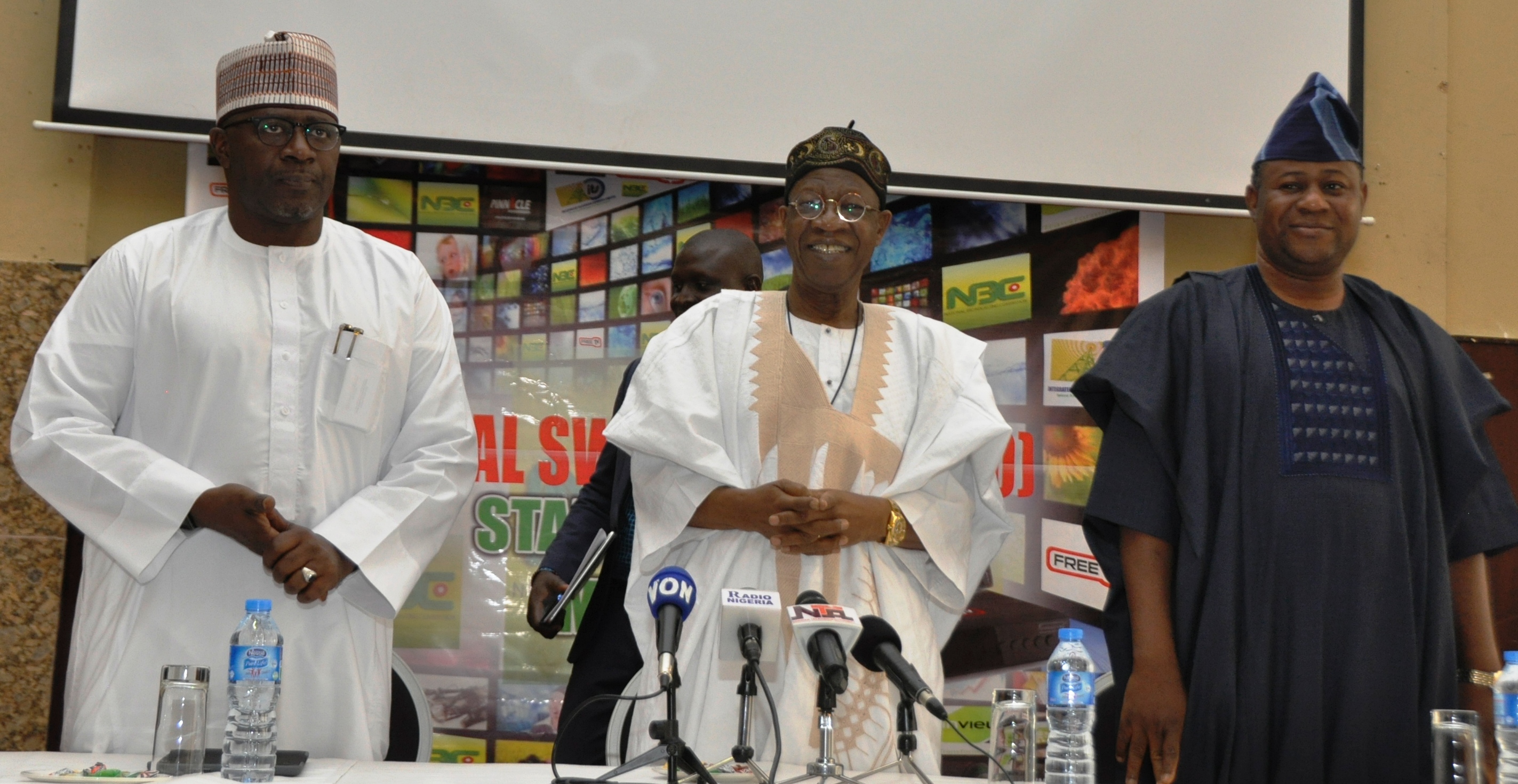 Share
The federal government has directed the National Broadcasting Commission (NBC) to sanction any radio or television station that violate the nation’s Broadcast Code.

The Minister of Information and Culture, Alhaji Lai Mohammed, issued the directive in Akwa Ibom on Friday at the DSO Stakeholders’ Retreat.

”As I have said on a number of occasions, this Administration will neither stifle press freedom nor tamper with freedom of expression. But it will also not condone a situation in which broadcast stations will set the nation on fire by ignoring the minimum standard as contained in the Broadcast Code.

The government directed the National Broadcasting Commission (NBC) to sanction broadcasting organizations that  constitute a threat to national peace, security and unity.

”If we set the country on fire by our actions, none of us will escape the consequences. For those who may think this is far-fetched, let me remind them that a radio station, Radio Télévision Libre des Mille Collines (RTLM), played a (catalytic) role during the 1994 Rwandan Genocide that left some 800,000 people dead,” he said.

Alhaji Mohammed said the Broadcast Code was clear when it said in Section 0.2.1: ”Broadcasting shall influence society positively, setting the agenda for the social, cultural, economic, political and technological development of a nation, for the public good.”

He also quoted three other relevant Sections of the Code: Section 3.1.2 (Materials likely to incite or encourage to the commission of a crime or lead to public disorder shall not be broadcast); Section 3.9.1 (Language or scene likely to encourage or incite to crime, or lead to disorder, shall not be broadcast) and Section 0.2.3g (Broadcasting shall be mindful of the degree of harm and offence likely to be caused by the inclusion of any material in programming, in general or in specific terms).

”Unfortunately, many of our broadcasters today are wilfully flouting these critical Sections of the Code by broadcasting inciting materials and language that can encourage or incite crime or lead to disorder. The situation has become worse in recent times, in the wake of the Farmers/Herders’ clashes.

He added: ”For those who may want to misrepresent us, this is not a call for censorship, but a call for responsibility and total adherence to the Broadcast Code. Playing, over and over again, the footage of dead bodies in the aftermath of any crisis is capable of inciting public disorder. Rolling, time and time again, the footage of mass burial of victims of any crisis is equally inciting. Offering your platform to public commentators who use incendiary language or engage in ethnic-baiting is detrimental to national peace and unity.”

Jul 27, 2022
Share
Subscribe to our newsletter
Sign up here to get the latest news, updates and special offers delivered directly to your inbox.
You can unsubscribe at any time

The Day in Pictures: Elumelu advocates for African youths, entrepreneurs at Davos