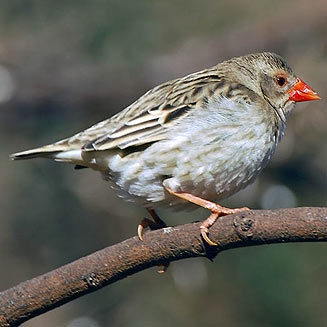 Minister of Agriculture, Audu Ogbeh, announced Wednesday that locusts and quella birds from neighbouring Niger Republic have invaded farms in parts of Borno and Adamawa States.

He revealed however, that efforts of his Ministry to curb the destruction by aerial spraying insecticides on affected farms and areas had been hampered by warnings from the Nigerian military about security concerns.

According to him, the military warned that Boko Haram terrorists operating in those areas could shoot down the airplanes spraying the chemicals over the farms.

He said most of the approvals his ministry got from 2016 to date has to do with pest control.

The tiny quela birds are swooping in in their thousands from neighbouring Niger where millions of people are threatened by famine following drought and a plague of locusts last year.

For thousands of years, subsistence farmers in sub-Saharan Africa have been at the mercy of the voracious Red-billed Quelea bird; sky-blackening flocks of the tiny “feathered locust” still decimate fields across the continent.

Quelea populations are notoriously robust; millions of birds are killed every year, but reducing their numbers is highly problematic – they are highly mobile, have few natural predators and breed extremely fast, Per Second News gathered.