Infrastructure sector gets a boost as FEC approves N14.5bn for Kano, Jigawa irrigation, N10.5bn for repairs of Jigawa, Yobe roads 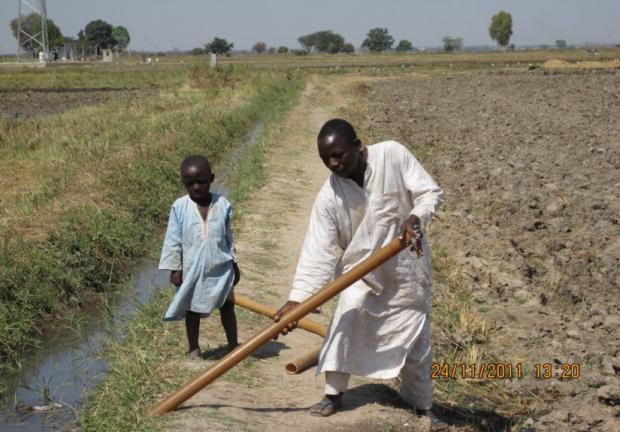 The Federal Executive Council meeting, presided over by President Muhammadu Buhari has approved the completion of an abandon Gari irrigation projects in Kano and Jigawa State since 2000.

The project was abandoned at 50 percent completion.

According to the Minister of Water Resources, Suleiman Adamu, the project is one of the 116 abandoned projects inherited in the ministry.

He said the project is among the top priority project because it will increase irrigation hectarage in the country by over 2,000 hectares.

Adamu recalled that the programme launched in 2016 under the Water Resources Road Map of National Irrigation and Drainage programme from2016-2030, adding that the initial focus is to increase irrigation hectarage by 100,000 hectares between 2016-2020.

He said if all projects are completed the government will record more than 100,000 hectares projected.

The Gari irrigation project to beneficiary states of Kano and Jigawa is at the cost of N14.536 billion with a completion period of 24 months and additional grace period of 12 months.

“We felt that we should complete this project otherwise all the investments made would have been lost for ever,” he said.

The Minister of state for Power, Works and Housing, Mustapha Shehuri, said council approved the sum of N10.509,584,730.13 billion contract for the repair of Hadejia-Nguru spanning Jigawa and Yobe States.

He explained that the contract is for rehabilitation of the first phase of the road, which is about 30 kilometres. The job was awarded to the civil engineering company, Mothercat.

According to him a journey which is suppose to be an hour drive on the road which was constructed in the 70s now spans 4 hours because the road has totally collapsed.