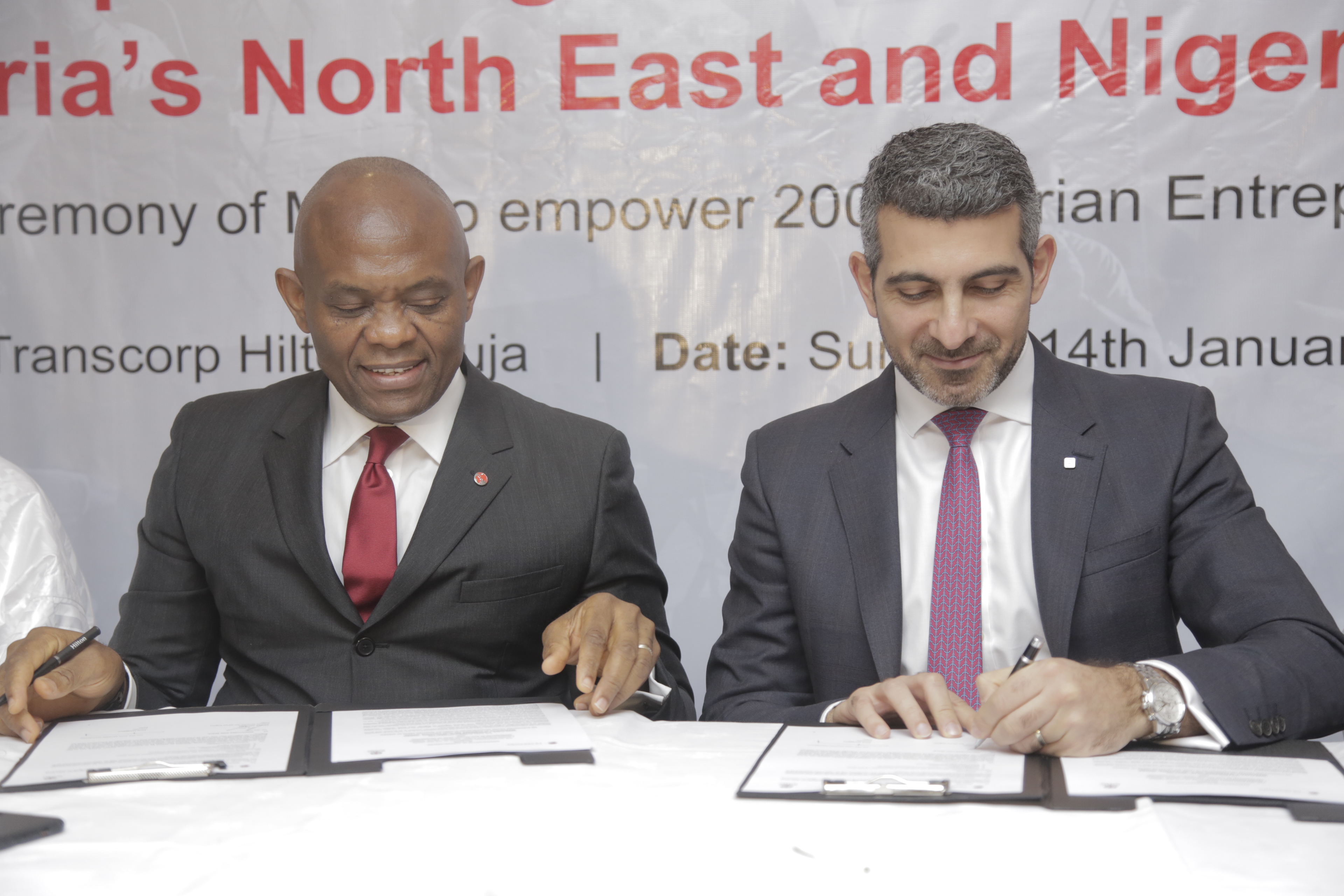 The Tony Elumelu foundation and the Red Cross International on Monday announced a national partnership aimed at addressing the economic plight of communities affected by armed conflict  in the North-East and the Niger-Delta regions.

The ICRC and TEF partnership is based on the common principle of accountability and proximity to people, a desire to restore livelihoods affected by conflict or violence and the desire to see a positive change in Africa.

The International Committee of the Red Cross (ICRC) and the Tony Elumelu Foundation (TEF) signed a memorandum of understanding  to empower 200 entrepreneurs from Nigeria’s North East and Niger Delta regions, said a statement Monday.

Selected entrepreneurs from these two regions will each receive funding of up to $5000 from a separate endowment of $1,000,000, as non-returnable seed capital to implement their business ideas, after undergoing business training and mentoring.

The beneficiaries of this programme will be notified alongside the announcement of the successful 1000 entrepreneurs in the 4th cycle of the TEF Entrepreneurship Programme, on 22nd of March 2018.

“We have been looking for a reliable partner in Africa, where over 40% of our work is, to help us develop a sustainable programme that would help people affected by conflict or violence create income-generating activities. After analysis and discussion with affected communities, we decided to support start-ups with innovative ideas in the area of agriculture, healthcare, micro-finance, construction, commerce and fashion, generated by men and women of all walks of life, with or without prior education,” said ICRC Deputy Director for Africa, Patrick Youssef.

“This initiative is complementary to the existing $100 million TEF Entrepreneurship Programme, a tried and tested approach to creating sustainable impact that has seeded, mentored and trained 3,000 African entrepreneurs, generated revenue and created jobs across all 54 African countries, said TEF founder and philanthropist Tony O. Elumelu, CON.

Mr Tony O. Elumelu, was recently named Per Second News 2017 “philanthropist of the year”, in recognition of his tireless charitable work.

Mr Elumelu was selected by a blue-ribbon panel of judges comprising notable religious, business, government and leaders from the non-profit sector.