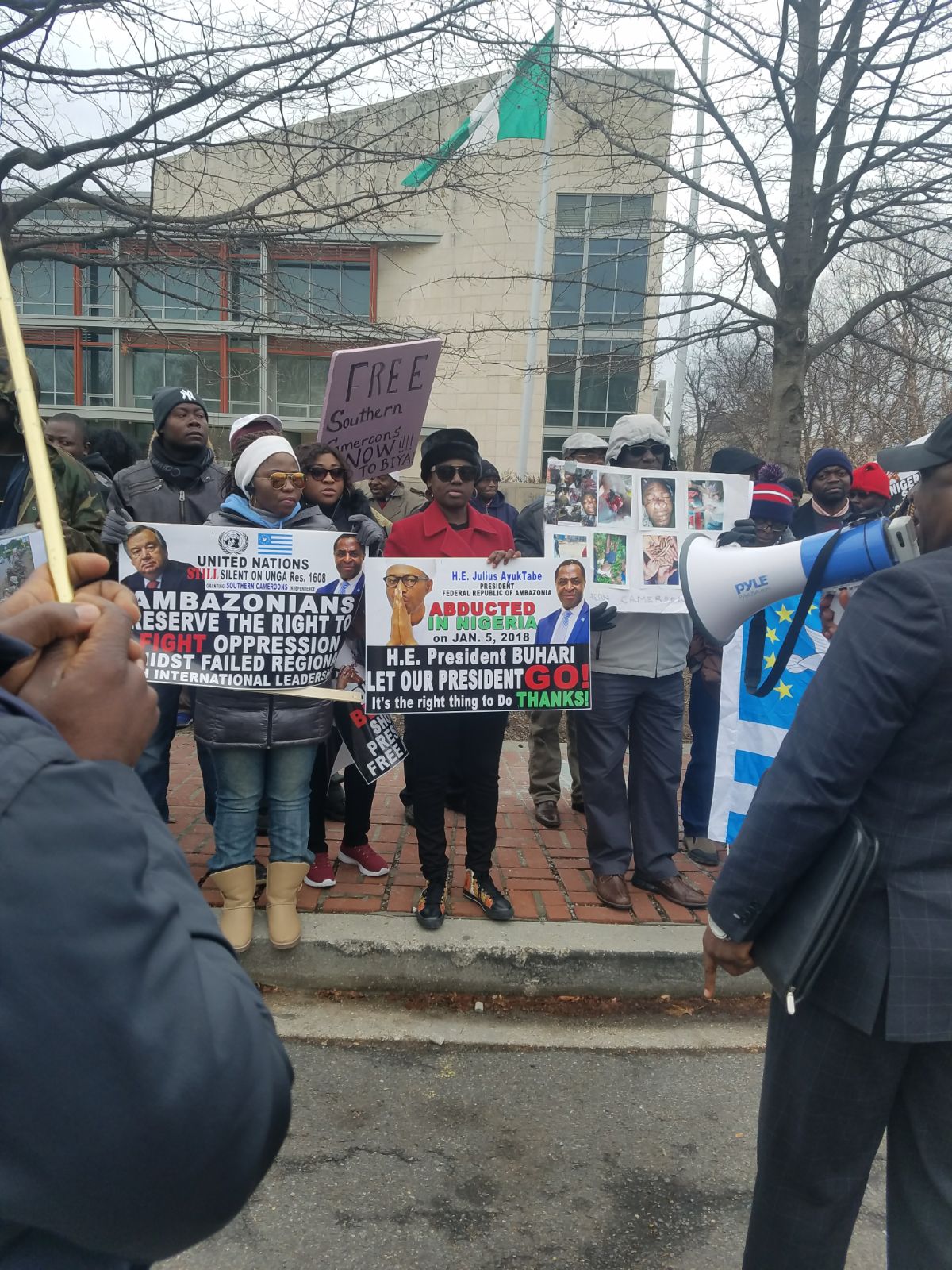 Dozens of  Cameroonian protesters demonstrated on Thursday in front of the embassy of Nigeria in Washington, DC, to demand the immediate release of their leaders allegedly arrested in Abuja.

Cameroonian anglophone separatists have claimed that their leaders were abducted in Abuja by what they believe to be Nigeria’s intelligence agency. The federal government have denied the allegations.

The protesters, carrying placards that read “Abducted in Nigeria, Ambazonians deserve the right to freedom, Let our President go.

The protesters are currently marching around the embassy condemning the alleged arrest and detention.

“At around 7:30 p.m., the gunmen came into the hotel and abducted all of them, including the president,” said Chris Anu, secretary of communications for what Cameroon’s English-speaking separatists have named the “state of Ambazonia.”

The separatist leader and six others were said to have been taken away during a meeting at the Neras Hotel in Abuja on Friday, January 5, 2018.

The unrest in Cameroon began in November 2016, when English-speaking teachers and lawyers in the Northwest and Southwest regions took to the streets, calling for reforms and greater autonomy. They were frustrated with the dominance of the French language in official matters and with what they saw as the marginalization of Cameroon’s Anglophone population. 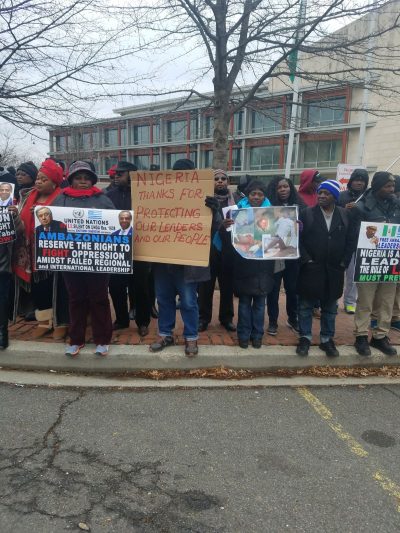 The protests were followed by a harsh government crackdown, as well as internet shut-downs and arrests.

In October 2017, secessionist groups declared the independence of the so-called Anglophone “state” of Ambazonia. International rights groups say that between 20 and 40 people were killed in clashes since late September. According to Amnesty International, at least 500 people were detained in the aftermath of the announcement. 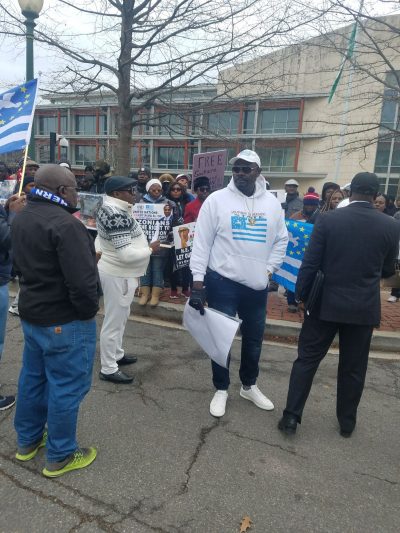