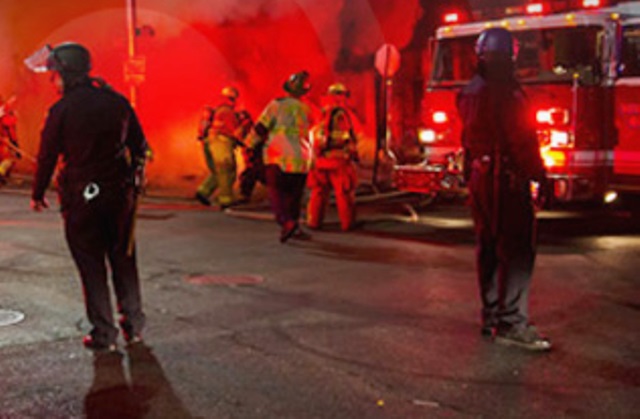 Hours after he got married, an Afghani groom in his 20s died in a fire that gutted the flat where he and his bride spent the night.

The couple were married in Medina in western Saudi Arabia and were then driven to their new home in Makkah, 420 kilometres away.

However, 10 hours after the wedding ceremony, a fire broke out at their flat, resulting in the death of the groom and in the suffocation of the bride, Saudi news site Sabq reported.

“We received a phone call at 10:08 on Saturday morning informing us about a fire in a building in Al Aziziya neighbourhood,” said Nayef Al Shareef, the spokesperson for the civil defence in Makkah. “The fire broke out at the ground floor of the two-storey building. Servicemen succeeded in bringing the fire under control. One person died and one woman suffered asphyxiation, but her condition is stable.”

The building was vacated due to the heavy smoke and to ensure the safety of the residents, he added.

Al Shareef said that an investigation into the incident was launched to determine the causes of the fire.

UN urged to act on ‘slaughter’ of Benue residents

At 19, I lost my virginity, dumped by older woman, reveals BBNaija’s Pere Egbi

Is this what I should get for serving Nigeria? Corps member laments as robbers gang-rape…