Fire and Fury: 15 damaging excerpts from the tell-all book about Donald Trump 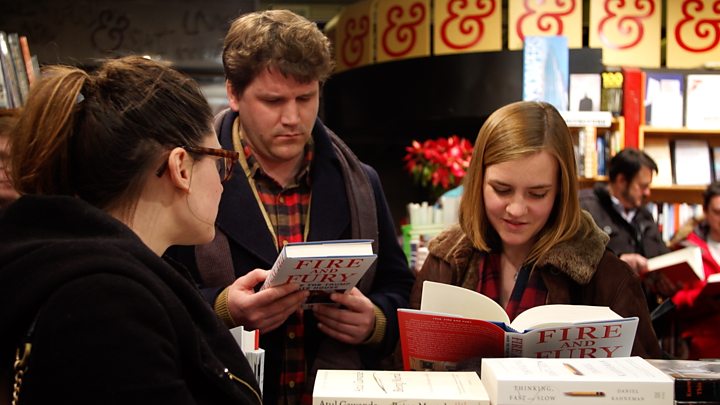 The following are excerpts from “Fire and Fury: Inside the Trump White House,” an incendiary new book by Michael Wolff which was rushed into bookstores Friday after President Donald Trump failed to suppress it.

The book quickly sold out in shops in the US capital, with some lining up at midnight to get their hands on the instant best-seller, dismissed by Trump as “phony” and “full of lies.”

“He had a longtime fear of being poisoned, one reason why he liked to eat at McDonald’s – nobody knew he was coming and the food was safely pre-made.”

Trump’s fears of contagion, deliberate or otherwise, also led to “new rules” at the White House that prohibited staffers from touching his toothbrush and other personal items, according to Wolff. It’s not clear if the president believed a specific person or group was out to harm him.

2. Trump never planned on winning, and key campaign advisers didn’t think he should. Wolff claims in the book that Trump was simply using it as a branding exercise and launchpad for his own television network — advice he had gotten from longtime friend Roger Ailes, the former head of Fox News.Wolff writes: “Even though the numbers in a few key states had appeared to be changing to Trump’s advantage, neither Conway nor Trump himself nor his son-in-law, Jared Kushner — the effective head of the campaign — ­wavered in their certainty: Their unexpected adventure would soon be over. Not only would Trump not be president, almost everyone in the campaign agreed, he should probably not be.

“Shortly after 8 p.m. on Election Night, when the unexpected trend — Trump might actually win — seemed confirmed, Don Jr. told a friend that his father, or DJT, as he calls him, looked as if he had seen a ghost. Melania was in tears — and not of joy.

“There was, in the space of little more than an hour, in Steve Bannon’s not unamused observation, a befuddled Trump morphing into a disbelieving Trump and then into a horrified Trump.”

Wolff claims the president struggled significantly to recognize old friends and would repeat himself to an alarming degree. “It used to be inside of 30 minutes he’d repeat, word-for-word and expression-for-expression, the same three stories — now it was within 10 minutes … Donald Trump’s small staff of factotums, advisors and family began, on Jan. 20, 2017, an experience that none of them, by any right or logic, thought they would — or, in many cases, should — have, being part of a Trump presidency. Hoping for the best, with their personal futures as well as the country’s future depending on it, my indelible impression of talking to them and observing them through much of the first year of his presidency, is that they all — 100 percent — came to believe he was incapable of functioning in his job.”

4. Trump didn’t have a clue how to govern, or an interest in acquiring the skills necessary to be commander-in-chief.

“Nothing contributed to the chaos and dysfunction of the White House as much as Trump’s own behavior,” Wolff wrote. “The big deal of being president was just not apparent to him. Most victorious candidates, arriving in the White House from ordinary political life, could not help but be reminded of their transformed circumstances by their sudden elevation to a mansion with palacelike servants and security, a plane at constant readiness, and downstairs a retinue of courtiers and advisers. But this wasn’t that different from Trump’s former life in Trump Tower, which was actually more commodious and to his taste than the White House.”

5.  Bannon on meeting with Russians

“‘The three senior guys in the campaign,’ an incredulous Bannon went on, ‘thought it was a good idea to meet with a foreign government inside Trump Tower in the conference room on the 25th floor – with no lawyers.

‘They didn’t have any lawyers. Even if you thought that this was not treasonous, or unpatriotic, or bad shit, and I happen to think it’s all of that, you should have called the FBI immediately.'”

“Early in the campaign, in a Producers-worthy scene, (campaign aide) Sam Nunberg was sent to explain the Constitution to the candidate: ‘I got as far as the Fourth Amendment before his finger is pulling down on his lip and his eyes are rolling back in his head.'”

“‘What has he gotten himself into with the Russians?’ pressed (the late Fox News chairman Roger) Ailes. ‘Mostly,’ said Bannon, ‘he went to Russia and he thought he was going to meet Putin. But Putin couldn’t give a s88t about him. So he’s kept trying.'”

“‘I’ll call him,’ said Ailes. ‘But Trump would jump through hoops for Rupert. Like for Putin. Sucks up and s**ts down. I just worry about who’s jerking whose chain.'”

“‘What a f****ng idiot,’ said Murdoch, shrugging, as he got off the phone” after talking immigration issues with Trump.

11. Too much to think about

“‘I wouldn’t give Donald too much to think about,’ said an amused Ailes. Bannon snorted. ‘Too much, too little-doesn’t necessarily change things.'”

“Abdul Fattah Al Sissi, the Egyptian strongman, ably stroked the president and said, ‘You are a unique personality that is capable of doing the impossible.’ (To Sissi, Trump replied, ‘Love your shoes. Boy, those shoes. Man….’)”

“Balancing risk against reward, both Jared and Ivanka decided to accept roles in the West Wing over the advice of almost everyone they knew. It was a joint decision by the couple, and, in some sense, a joint job. Between themselves, the two had made an earnest deal: If sometime in the future the opportunity arose, she’d be the one to run for president. The first woman president, Ivanka entertained, would not be Hillary Clinton; it would be Ivanka Trump.”

“His sons, Don Jr. and Eric – behind their backs known to Trump insiders as Uday and Qusay, after the sons of Saddam Hussein.”

15. And the comb-over: explained by Ivanka

“She often described the mechanics behind it to friends: an absolutely clean pate – a contained island after scalp-reduction surgery – surrounded by a furry circle of hair around the sides and front, from which all ends are drawn up to meet in the center and then swept back and secured by a stiffening spray. The color, she would point out to comical effect, was from a product called Just for Men – the longer it was left on, the darker it got. Impatience resulted in Trump’s orange-blond hair color.”

16. Only women knew how to really handle Trump

At least, that’s what Wolff observed: “[Trump] needed special — extra-special — handling. Women, he explained to one friend with something like self-awareness, ­generally got this more precisely than men. In particular, women who ­self-selected themselves as tolerant of or oblivious to or amused by or steeled against his casual misogyny and constant sexual subtext — which was somehow, incongruously and often jarringly, matched with paternal regard — got this.”

A Handshake Across the Niger by Femi Adesina

Two planes filled with passengers collide on runway during take-off