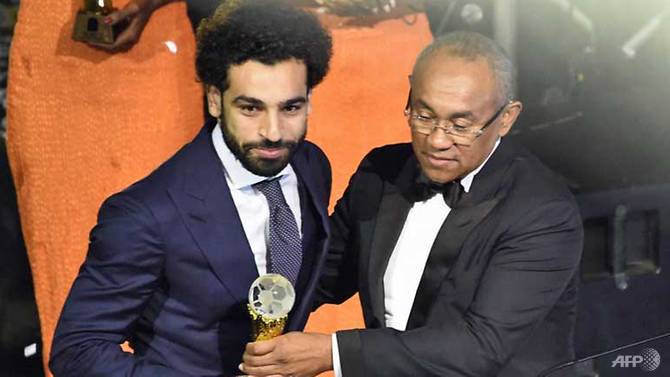 Prolific Liverpool scorer Mohamed Salah was named African Player of the Year in Ghanaian capital Accra on Thursday the first Egyptian to win the award since Mahmoud al Khatib in 1983.

“This is a big award for me, a special moment in my career. I would like to dedicate it to all the kids in Africa and Egypt, Salah said. 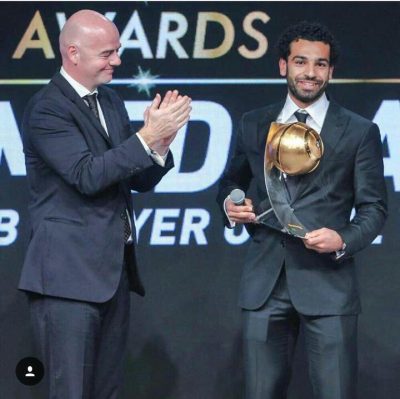 “Winning this award is a dream come true – 2017 was an unbelievable year for me I had a fantastic time with the national team,” he said after receiving the trophy.

The 25-year-old has scored 23 goals in 29 matches in all competitions this season for the Premier League outfit after moving from AS Roma in the summer.

He also starred for resurgent Egypt, who last year finished runners-up to Cameroon in the Africa Cup of Nations and secured a first World Cup appearance since 1990.

In the penultimate round of World Cup qualifying, Salah scored the brace that edged Congo Brazzaville in Alexandria, including the stoppage-time winner from a penalty that sealed a trip to Russia.

Salah’s Liverpool teammate Sadio Mane, of Senegal, was runner-up and 2015 winner, Gabon and Borussia Dortmund striker Pierre-Emerick Aubameyang third after a 30-player list had been trimmed to three.

National coaches, Confederation of African Football (CAF) officials, journalists and the public were involved in the voting.

CAFEgyptLiverpoolSalah
Share
Subscribe to our newsletter
Sign up here to get the latest news, updates and special offers delivered directly to your inbox.
You can unsubscribe at any time