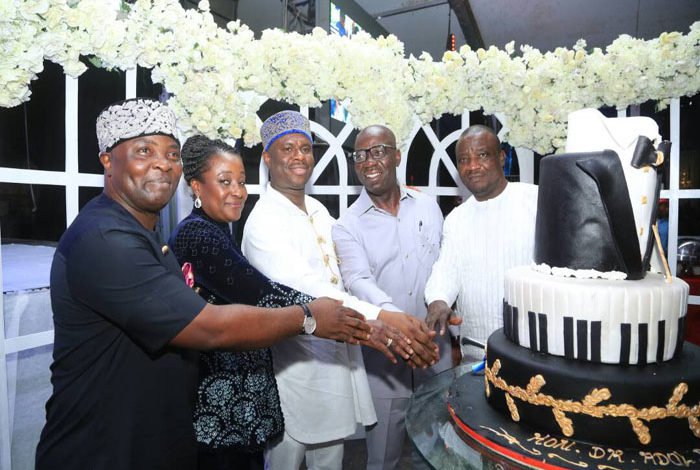 Minister of Transportation Rotimi Amaechi has said that he forged bond with the Director-General of the Nigerian Maritime Administration and Safety Agency (NIMASA), Dr. Dakuku Peterside, through his loyalty.

“The only time you will know who is loyal, is when you are out of office, Ameachi said during the occasion to mark the 47th birthday of the NIMASA DG, who is also the deputy leader of APC in Rivers.

“If indeed you will call everybody my boys in politics, it will be three persons: Dakuku Peterside, Nwuke Anucha (from Omuma LGA of Rivers State) and Gabriel Pidomson (an indigene of Bodo-Ogoni in Gokana LGA/former Secretary to the Rivers State Government in the administration of Sir Celestine Omehia). Out of the three of them, it is only Peterside that is with me. By character we shall know them.

” When we were fighting for the governorship of Rivers State under Dr. Odili, they said Peterside would betray me. I am telling Peterside for the first time. Is Pidomson there? Is Anucha there? The person they said would go (Peterside), is the person who is with us. 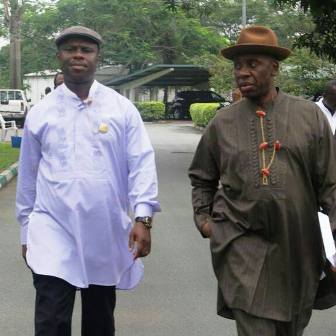 The partnership between Ameachi and Dakuku has never been as visible as it has been in the last few years. One reason is that these have been big, defining moments in the political life of the minister and he thinks of them as ones he achieved with Dakuku at his side, figuratively and increasingly, literally.

The minister of transportation also used the opportunity to offer interim assessment of Dakuku’s stewardship stating that the NIMASA boss has brought sanity to the agency.

He said prior to Dakuku’s coming to NIMASA the place was a cesspit of corruption.

The programme was attended by the Edo State Governor Godwin Obaseki; a member of the Board of Trustees (BoT) of the APC, Dr. Sam Sam Jaja; a former Minister of Culture and Tourism, Alabo Tonye Graham-Douglas and many more.

AmeachiDakukuNIMASAPeterside
Share
Subscribe to our newsletter
Sign up here to get the latest news, updates and special offers delivered directly to your inbox.
You can unsubscribe at any time

Elumelu named 2017 ‘Philanthropist of the year’

Any Increase In Pump Price Of Petrol Will Be Criminal – PDP Tells FG, APC