Ari @57: Ode To The Consummate Bureaucrat 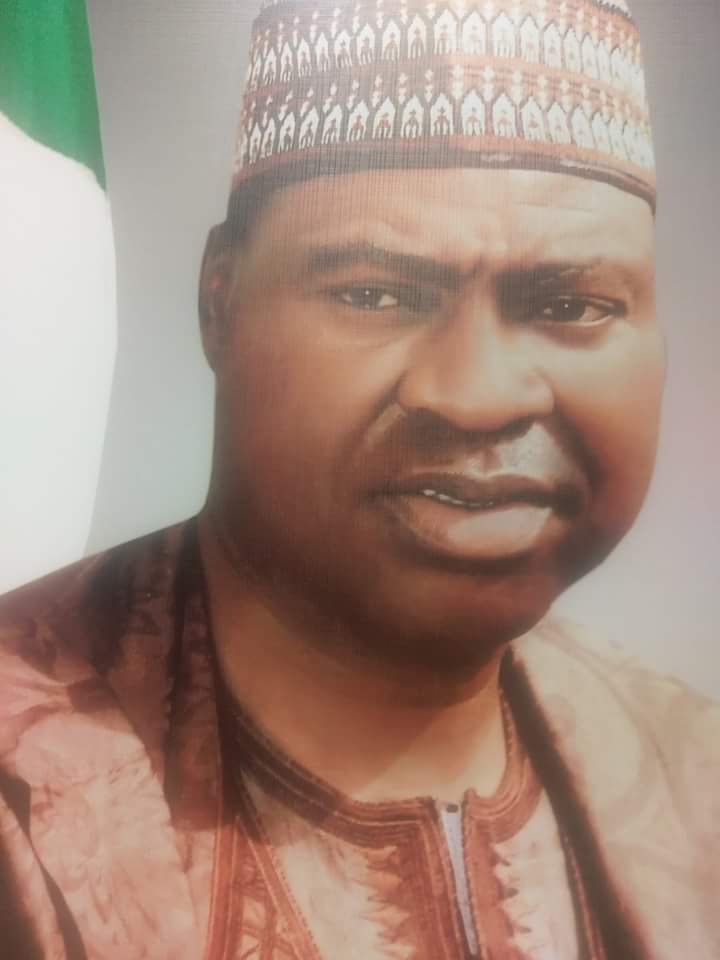 The Director General of the Industrial Training Fund (ITF), Sir Joseph Ntung Ari, is a consummate bureaucrat, savvy media personality of distinction and deeply knowledgeable legal persona.  Born on December 21, 1960, the sunrise of Ari in the media began and simultaneously progressed with the acquisition of a Diploma in Broadcast Journalism, Post Graduate Diploma in Journalism and Post Graduate Diploma in Management. In a bid to broaden his sphere of knowledge in Law, he bagged a first degree and later added a Masters Degree in Law to his academic status. As someone never tired of expanding his potentials and acquiring more academic laurels, he went for yet another Masters Degree in Business Administration (MBA), thus horning his business intelligence and sharpening his leadership potentials.

He started what he loved, broadcasting, during his early days at the Plateau Broadcasting Corporation as a reporter and presenter. Thereafter, he relocated to Lagos where he worked at the Federal Radio Corporation of Nigeria. As someone looking for bigger challenges and expanding his horizon in the broadcast media, he transferred his services to the Nigerian Television Authority (NTA) as news editor and broadcaster.

After many years of broadcasting, he felt he needed to conquer new grounds. His quest for more challenges made him to berth at the National Insurance Corporation of Nigeria (NICON), where he was appointed as the Public Relations Manager, North.  This appointment not only exposed him to practical applications of theoretical postulations learned in schools, it also exposed him to the dynamics of public relations for corporate development.

He was later appointed to serve as the Director of Press and Public Affairs in Plateau State where he served two administrations. His excellent disposition to work was later to lead to his appointment as the Sole Administrator and later General Manager of the Plateau Publishing Company, (PPC). As someone whose sterling performance in public service had always attracted public commendations, he was redeployed to the Plateau Radio Television Corporation, (PRTVC) as General Manager where he turned around the fortunes of the media outfit.

With his working years at the state level over after his appointment as Permanent Secretary in charge of Plateau State Government House Administration, he was appointed a director in the Department of Public Relations, External Affairs and Publicity of the Industrial Training Fund. As the man in charge of Public Relations, Ari brought to bear on the job his experience as a PR expert that saw members of staff re-oriented to provide quality service to Clients of the Fund. Apart from creating a robust engagement with external stakeholders of the agency, the new policy paved the way for increased support and collaboration with critical stakeholders in realising the mandates of the ITF.  Apart from heading the Public Relations Department of the Fund, he was also at different times the Director of Administration and Human Resource Department, Corporate Planning Department and the Director Business Training Development Department at the ITF Headquarters.

His appointment as DG of the ITF by President Muhammadu Buhari  in September 2016 breathed a fresh air of relief, following what insiders describe as low morale among staff and other untoward events then threatening the Fund. Described as someone with an unprecedented knowledge on the workings of the Fund, his appointment as DG of ITF, no doubt, was hinged on restoring the key vision of the Fund.

As a devout Christian, who is a Knight of the Catholic Church of the Order of St. Mulumba (KSM), forgiveness and forward-looking posture is part of Ari’s time-honoured principles. He sees life and career as founded on what he has adopted as his aphorism, “This too shall pass away.” Considering the fact that life and position are passing phases, the need to embark on development when given an opportunity to serve remains the best option for him. Those close to Ari believe that he easily forgives and ever willing to open a fresh page for yet another moment of experience with those who have hurt him. Due to his large heartedness and sincerity of purpose, in less than one year of his appointment as boss of ITF, Ari had rallied staff of Fund and raised their morale towards achieving a renewed vision for the organisation.

Since taking over as ITF DG, he has unveiled realisable strategies entitled: ‘ITF Reviewed Vision: Strategies For Mandate Actualisation.’ This renewed vision is anchored on a programme committed to delivering on mass skills acquisition programmes, as well as broadening platforms of opportunities for both the ITF and advancing human development. According to the ITF’s helmsman, the renewed vision of the ITF is hinged on “ensuring that the skills of our people are fully developed and the non-oil sector developed to make Nigerians less dependent on oil. In line with President Muhammadu Buhari’s vision for improved development of the country, we are pursuing various programmes that will deliver skills to thousands of Nigerians and opening up various centres in the country for many Nigerians to be equipped with technical knowledge in various sectors.”

As someone knowledgeable on how far collaboration and internal cohesion can go in attaining corporate goals, the ITF is into partnership with various countries like Singapore and Brazil, among others, to fully develop the skills of Nigerians in various fields of human endeavours. In his words, “No nation can develop when it depends on just a single product. Nigerians are endowed with vast human capacity and potentials. Our vision is to fully develop those potentials and unleash on the national economy for development. Our ability to develop Nigeria lies in our ability to develop ourselves and quip our population with requisite technical skills. The ITF is poised to fully develop the skills of our teeming population as championed by the administration led by President Buhari. We are in total compliance with the government’s vision and I can assure you that, Nigeria is set to experience a new dawn in skill acquisition for real time development.”

As he celebrates today three scores, less than three years, Ari sees a silver lining in every cloud, just as he believes that acknowledging our mortality and our resolve to do our best at every given opportunity hold our essence as instrument in the hands of our Creator to improve humanity.

As he once told me, “Each morning I come to the office, I am reminded of the transience of life and public office. There was someone before me; and certainly, there will be someone after me. So, I am reminded that the office I occupy today is a public trust. There’s nothing to be proud of when occupying a public office. I have learnt never to be carried away by allure of public office, but to do my best for the system and people.”

As he celebrates 57 years today, may that timeless truth of “This too shall pass away” spur him for greater service for the ITF and humanity.

Musa Simon Reef is a media professional and can be reached via:simonreef927@gmail.com

Sylvester Stallone Is Under Criminal Investigation for Sexual Misconduct