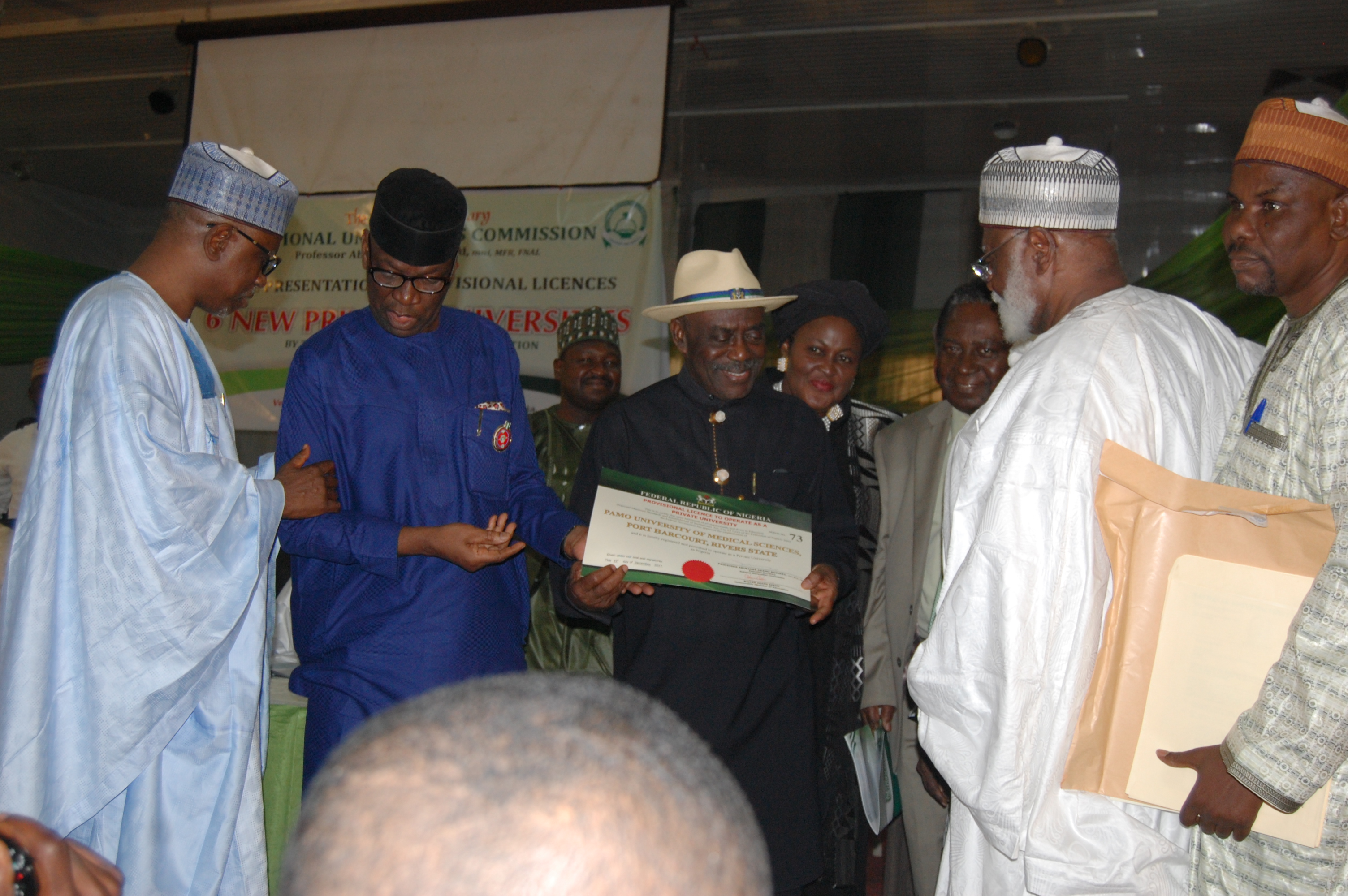 PAMO University of Medical Sciences has become the first higher institution to obtain its operational license within 11 months of application to the National Universities Commission.

The Federal Government issued the provisional license to the institution and five other private universities on Tuesday, in Abuja.

The license gives the universities the legal backing to commence academic activities in either their temporary or permanent sites.

The recent approvals bring to total, 74 private universities that are operational in Nigeria.

Speaking during the presentation at the headquarters of the National Universities Commission, on Tuesday, Executive Secretary of NUC, Prof. Rasheed Abubakar, congratulated the proprietors of the PAMO University for passing through the rigorous system to earn the provisional license in the shortest possible time.

The Port Harcourt based institution developed an education strategic plan and applied for an operational license on January 19, and received approval on December 19, 2017 –  exactly 11 months later.

Other institutions like Precious Cornerstone University, Oyo and Eko University of Medicine and Health Science, Lagos, took more than 12 years before receiving their provisional licenses.

Abubakar urged the institution to strictly abide by the terms of operation, adding that the commission is willing and ready to support them through the learning curve.

Meanwhile, the Minister of Education, Malam Adamu Adamu, who was represented by the Permanent Secretary in the Ministry, Sunny Echono, said the approvals were given to the university to provide quality education in Nigeria.

He further encouraged them to champion the revolution of University education system in Nigeria by maintaining academic and professional standard.

PAMO Educational Foundation is the proprietor of the PAMO University of Medical Sciences, with the University of Port Harcourt serving as it’s mentoring institution.

The university which will be located on multiple campuses in Port Harcourt, is expected to commence with an initial enrolment of 250 students in the first year and 4,308 students by the 10th year of development.

Former Head of State His Excellency Abdulsalami Abubakar is the Chairman Board of Trustees of the institution.

OdiliPAMO
Share
Subscribe to our newsletter
Sign up here to get the latest news, updates and special offers delivered directly to your inbox.
You can unsubscribe at any time

Mark To EFCC: No Amount Of Persecution Will Alter The Will Of God