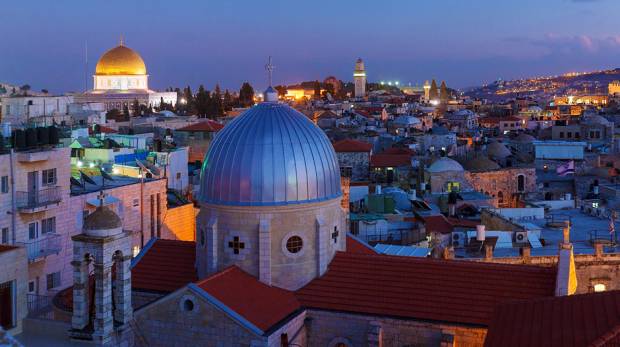 The Muslim mayor of the Israeli city of Nazareth has now said that Christmas celebrations will go ahead as scheduled despite reports last week that they would be limited, due to U.S. President Donald Trump’s decision on Jerusalem.

“I don’t know why people thought that there would be cuts to the celebrations.

Everything, except for three singers who will not be coming, will be held as normal. We have already welcomed 60,000 people to the city today,” Mayor Ali Salam said over the weekend.

Last week it was reported that Salam, like many other Islamic political and religious leaders, was so upset with Trump’s decision to recognize Jerusalem as the capital of Israel that he canceled the town’s Christmas market and festival.

Nazareth holds a significant place for Christians, as that is where the Bible says Jesus Christ grew up in.

Trump announced early this month that he decided to begin the process of moving the U.S. embassy from Tel Aviv to Jerusalem as part of recognizing historical reality.

A bi-partisan U.S. Senate resolution in June had previously said that “Jerusalem should remain the undivided capital of Israel in which the rights of every ethnic and religious group are protected.”

Netanyahu added that the Jewish people will be “forever grateful” to the U.S. for recognizing Jerusalem.

Jerusalem
Share
Subscribe to our newsletter
Sign up here to get the latest news, updates and special offers delivered directly to your inbox.
You can unsubscribe at any time