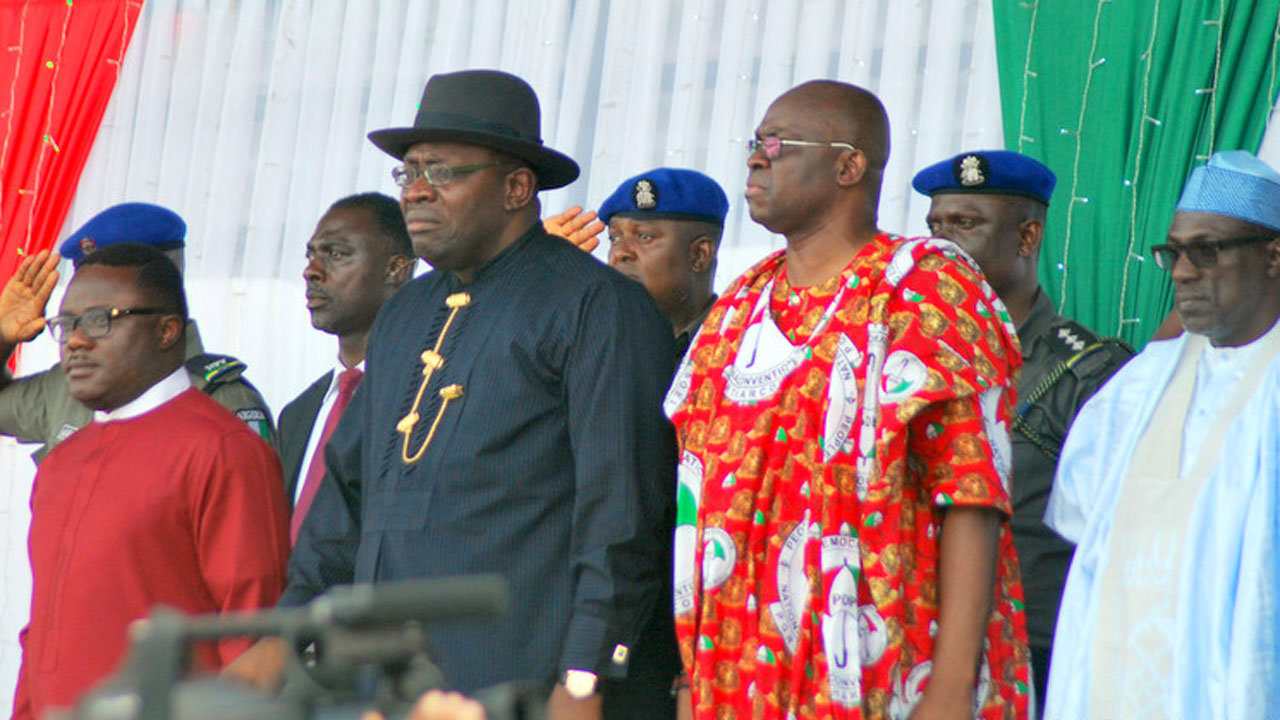 Abuja – The Peoples Democratic Party (PDP), has paddled itself into a stormy constitutional crisis following a major breach of the provisions of its constitution at its December 9, 2017 National Convention.

Going by the provisions of the PDP Constitution, specifically Section 6(7) clearly stipulates that; “In nomination for party officers, not less than 35% SHALL be reserved for women.” However, this clear provision was observed in the breach through some maneuvering and zoning arrangement that failed to take into cognizance some specific aspects of the PDP Constitution.

Accordingly, the PDP Forum for Gender Advocacy has taken up the fight and has therefore given the new leadership of the Party, two weeks within which to address the injustice and gender imbalance in clear breach of the provisions of the Constitution of the Party or face possible legal consequences.

The Forum stressed that constitutional breach carried out at the PDP December 9, 2017 National Convention clearly discriminated against all women candidates that stood for elections into various offices.

The PDP women in a petition addressed to the National Chairman of the Party, titled; “Flagrant Abuse, Breach and Violation of the PDP Constitution Regarding Reservation of 35% Elective Position For Women,” stressed that what the Party did to the women was clear discrimination and injustice.

In the petition dated December 12, 2017, a copy of which was obtained at the Wadata Plaza – National Secretariat of the Party, the PDP Forum for Gender Advocacy vowed that they would not fold their arms and condone the clear acts of flagrant breach and abuse of the Party’s Constitution and therefore urged the leadership of the Party to address the issue using the provisions of Section 60(3) of its Constitution to initiate clear and genuine effort to redress the injustice.

The PDP Women Forum noted that the Manifesto of the Party equally gives recognition to the importance of women and the valuable contributions they continue to make towards the development, growth and prosperity of the PDP and the country at large.

The Forum said the PDP is seen as the largest political party in Africa owing to the value women added and are still adding, as well as the fact that the Party is operating within the global best practices as far as the rights of women in partisan politics is concerned as enshrined in Section 6(7) of the PDP Constitution.

The women argued that Section 6(7) of the Party’s Constitution has clearly made it mandatory that any electoral process that will be organized by the party, 35% of the positions or offices shall be reserved for women.

They further said; “To our greatest surprise however, our party which was being commended by Nigerian women and the world at large, decided to flagrantly and deliberately breach the clear provisions of our Constitution.

“We believe that with the strengthening and complimentary provisions of Section 6(5) of the Constitution, Our leaders must ensure that the provisions of Section 6(7) are strictly adhered to or complied with to support the emancipation of women. The said Section 6(5) provides; “The party SHALL support the emancipation and participation of women by encouraging their representation at all levels.”

The women said they strongly believe that the refusal of the party to adhere to the above provisions of its constitution was an attempt to relegate the women to the background.

They also said; “All our women that had come out to contest for positions for which they are eminently qualified for, had been sabotaged, frustrated and destroyed on the excuse of zoning which at the same time, jettisons these all important provisions as contained in Section 6(5) and (7) of our Constitution.

“If our leaders had taken into consideration, these very straight forward provisions, it would have been noted that the provisions are mandatory and not discretionary. We have painstakingly studied the way our members were badly treated by the leadership of our great party in the last convention.

“Even from the formation of the committees and sub-committees, it was evident that women have not been taken to be important to our party.”

The Day in Pictures: Osinbajo, Elumelu at the State House Press Corps Seminar