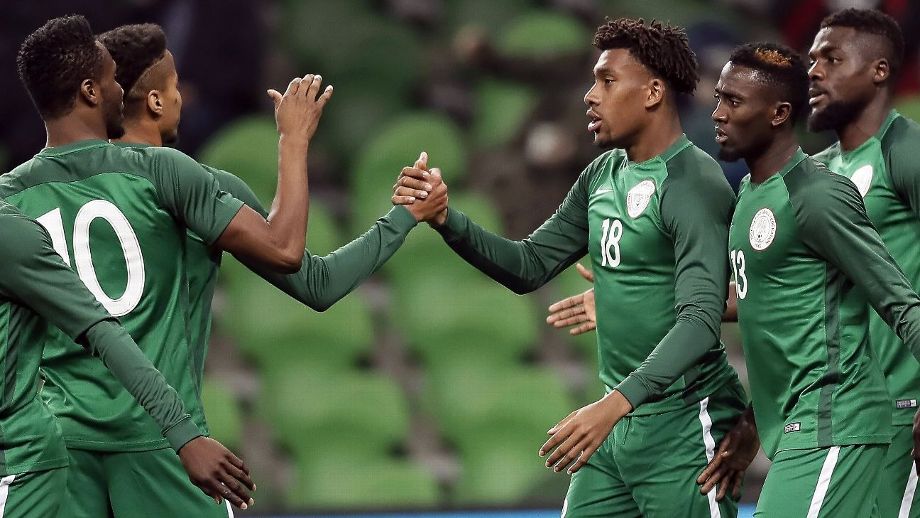 Nigeria were handed a tough assignment in Friday’s World Cup group-stage draw; how do they negotiate a pathway through to the knockouts?

Stick to tried and tested players: Gernot Rohr has done a great job in reducing the average age of the squad since his appointment in 2016.

In the run-up to previous World Cup editions, notably in 2002, an unsatisfactory Africa Cup of Nations performance had led to a near total overhaul of the Super Eagles in the build-up to the World Cup. Unsurprisingly, it led to a disjointed performance during the tournament itself.

The team have no such worries ahead of the tournament in Russia.

The flagship African football competition has now been rescheduled, and the core of the players who ensured Nigeria qualified from Group B unbeaten are all almost guaranteed a seat on the plane, provided none suffer an alarming loss of form or season-ending injury.

While Rohr may introduce one or two new faces, the core of the team is settled, and he’s unlikely to risk destabilising it.

Win midfield battle vs. Croatia: The essence of a good start to any football tournament cannot be overemphasized, especially at the World Cup, particularly with Argentina lying in wait.

Nigeria need to overcome the odds and ensure they make a winning start to their World Cup campaign against Croatia. In the process, breaking a two-decade jinx of not having scored a goal or won an opening game at the tournament could also prove to be a major morale boost for Rohr’s squad.

Perhaps the key to getting past Croatia is the midfield, ostensibly an area of strength for both sides.

The Europeans can call upon Luka Modric, Ivan Rakitic, Marcelo Brozovic, Mateo Kovacic and Milan Badelj, who boast the technical and passing abilities to control the contest against Nigeria.

However, while the Super Eagles may not be able to boast any truly world-class midfielders, do they have more rounded and balanced options?

In John Obi Mikel, John Ogu, Wilfred Ndidi and Ogenyi Onazi, Rohr has midfielders who can hassle opponents, win back the ball, drive forward at pace and battle the Croatians for a full 90 minutes.

It’s imperative he takes advantage of this extra dimension and wins the midfield battle.

The two defeats were suffered in the hands of Sweden and Greece, and in both cases Nigeria lost their discipline and threw away the lead to fall to a 2-1 defeat.

They must aim for a similar scenario this time around, with Croatia and Iceland up first.

Both are teams against whom Nigeria should fancy taking maximum points, and with European opponents holding no fear for the West Africans on the grandest stage of all, it would be the perfect way to set the tone.

Make World Cup experience count against Iceland: Iceland are one of two World Cup debutants at next year’s tournament, and the Super Eagles need to make their previous five appearances count when they meet in the second match of Group D.

The present Nigerian team might be an evolving one, but some of the nation’s key men — John Mikel Obi, Ogenyi Onazi, Elderson Echiejile, Ahmed Musa and possibly Vincent Enyeama – have been there before.

The Super Eagles must make sure they capitalise on this edge to see off the islanders.

Ditch the inferiority complex against Argentina: There is a sense of belief within the Nigerian camp following a friendly victory against Argentina in November that the South American giants will not stand in their way of the Last 16.

The head-to-head record in games involving both nations at the World Cup is in favour of Argentina, who have won all four, but Nigeria have never been thumped by their familiar foe and their 4-2 come-from-behind victory demonstrated that they can hold their own against Lionel Messi and co.

At the last World Cup, Nigeria showed just how vulnerable Argentina could be when teams attack them with pace and aggression, and they mustn’t show their opponents too much respect in their final group fixture.

Super Eagles
Share
Subscribe to our newsletter
Sign up here to get the latest news, updates and special offers delivered directly to your inbox.
You can unsubscribe at any time