The political duplicity in Mariam Ali’s defection to APC 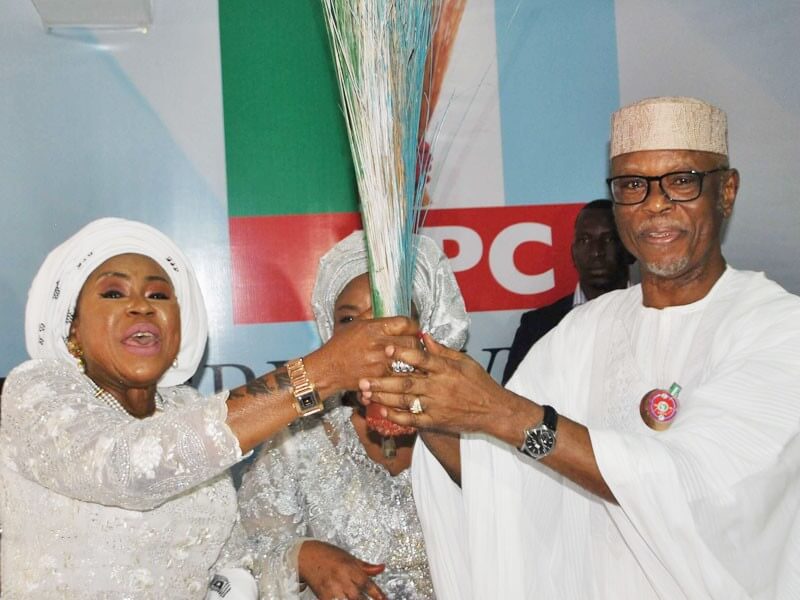 The gale of defections in the nation’s political circles is not unexpected, given the nature of politics in our country. It is difficult to pin a Nigerian politician and his or her political party down to any political ideology and principle.  This is so, given the level of poverty in the land, which gives rise to all manner of crimes both in and outside government. As a matter of fact, it is pretty difficult to idealise politics and pursue ideological leanings in the ecology of Nigeria’s public administration.  The political system that authoritatively allocates values is inured in politics of prebendalism, in a sustained bid to privatise our commonwealth.  Like ants scamper for sugar, the political mercantilists gravitate in the direction of our patrimony in order to plunder it.

This is what motivates their politics and engagements. They always, therefore, strategically position themselves within and around the corridors of power to access the goodies of public office.  For them, the ruling party is the attraction and the right place to be.  This explains why they jump ship either at the federal or state level.  Such movements do not add value to the political system.  They only help to satiate the desire of the politicians to belong to the mainstream party where their personal political interests can be accommodated and taken care of.

In recent times, we have witnessed the affliction of both the ruling All Progressives Congress (APC) and the opposition Peoples Democratic Party (PDP) by the defection scourge.  In a positive way, both have also benefited from the enterprise that has raised the political temperature of the nation.  The interesting thing is that every politician that has defected has a thousand and one reasons to justify his or her action.

Former vice president Atiku Abubakar has just resigned from the APC and it has been authoritatively confirmed that his next port of call is the PDP, which he helped to found in 1998 and on which platform he was vice president from 1999 to 2007.  By the time this piece is published, he might have fully settled in the PDP.  Former senate president, Ken Nnamani resigned from the PDP and moved to the APC.  An influential leader of the PDP in Enugu state, Chief Jim Nwobodo, left the PDP for the APC.  In Lagos, former Minister of State for Defence, Musiliu Obanikoro, dumped the PDP for the APC.   The list is seemingly inexhaustible.

However, the defection of Dr Mariam Nneamaka Ali, wife of former national chairman of the PDP, Dr Ahmadu Ali, from the party to the APC in Delta state is of more interest to me because of the duplicity inherent in the political enterprise.  Mariam’s movement to the APC while her husband remains in the PDP smacks of sheer shenanigan.  The truth is that I would not have made an issue out of this if the two lovebirds had decided to exit the PDP together having benefitted a whole lot together from the party and the government it produced at some time in the past.

Although former president, Chief Olusegun Obasanjo, was reported to have said in a March 3, 2017 edition of The Punch newspaper, that PDP sank when he and Ahmadu Ali left the party; the report in Vanguard of November 24, 2017 about Mariam’s defection, wherein the APC was reported to have said that it expected that her husband, Ali, would soon align politically with her, confirmed somewhat that Ali is still in the PDP.  Mariam was quoted in the report of her defection in THE NATION newspaper to have said that the fact that her husband is an active member of the PDP is a clear indication of the uniqueness of her family.

To further confirm that Ali is an active member of the PDP, a report by the New Telegraph of November 24, 2017 quoted a certain Kogi East Youths Organisation to have lampooned him for criticising or attacking the state governor, Yahaya Bello.  According to a statement signed by the National President of the group, Mr Daniel Enemona, “Nothing explains the current desperation by Col. Ahmadu Ali and his co-travelers like the fact that his son, Ogala Ali, who served in successive PDP administrations in the state is now in the cold….”

It is thus safe for me to assume that Ali is still a bona fide PDP member, otherwise he should, without more ado, speak out.  It is not enough for Obasanjo to claim that the PDP sank the day he and Ali left; Ali is in a better position to confirm his membership status.  I hereby challenge him to let the world know where he is; and until he does that, he is still a member, who has benefitted so much from the party especially when he was in the saddle as national chairman and as Director-General of the Peoples Democratic Party (PDP) Presidential Campaign Organisation.

Therefore, the decision by his wife, whose appointment into a juicy board position that he influenced, to defect to the APC while he remains in the PDP, is a cheap strategy of not putting their eggs in a basket.  The unfolding scenario is that while his wife would access benefits in the APC, Ali would partake in the goodies in the PDP.  Head or tail, it is not going to be a total loss for them, especially in the forthcoming 2019 presidential election.  Whether it is APC or PDP, it will be all well and good for the Ali political family.

Besides, I must make the point that Mariam Ali has the right to freely associate with any political party of her choice and she has chosen the APC; but it is laughable to read her say that the only way for her to continue to render service to her people and Nigeria was through the APC.  It is not in my place to question what service she rendered to her people as chairman of Nigerian Shippers Council while in the PDP where she was also appointed very briefly into the position of chairman of the board of Nigerian Ports Authority (NPA) and what service she wants to continue to render.

The point at issue here is that it is immoral (although they say there is no morality in politics) for Mariam to defect to the APC while Ali is staying back in the PDP.  Ali should join his wife in the APC or in the alternative withdraw from active politics to play the role of an unbiased statesman.  Will Ali make this move?  Until he does so, I will comfortably see the Ali political family as wanting to make certain that it does not lose out completely in 2019.  This is a deceptive political scheme. And, toeing the path of chicanery for political expediency is not how to build a lasting and enviable legacy.

Time to get honest about Buhari; he’s a dictator- Atiku