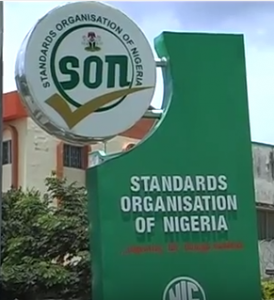 [dropcap]T[/dropcap]he Standards Organisation of Nigeria (SON) was today named by Media Rights Agenda (MRA) as this week’s inductee into its Freedom of Information (FOI) “Hall of Shame” for its failure to comply with the provisions of the FOI Act over the last six years and “carrying on as if the Law does not exist”.

In a statement in Lagos announcing the induction of the SON into the Hall of Shame, Mr. Ayode Longe, MRA’s Programme Director, noted that “The Standards Organisation of Nigeria has carried on over the last six years as if the Freedom of Information Act does not exist, blatantly ignoring virtually all its legal duties and obligations under the Law.”

According to him, “being the apex standardization body in Nigeria with the primary responsibility and power to organize tests; investigate the quality of facilities, materials and products; ensure reference standards for calibration and verification of measures and measuring instruments; register and regulate standard marks and specifications; among other wide-ranging powers and functions, the SON ought to be at the forefront of transparency and openness.”

Mr. Longe stressed that the activities of the organization, which is supposed to set standards for other organisations, should not be shrouded in secrecy, adding: “the SON ought to be transparent and accountable if it hopes to fulfill its mandate as an organization that is charged with promoting consumer confidence and the global competitiveness of Nigerian products and services.”

MRA accused the SON of ignoring virtually all its obligations under the FOI Act that can make it a transparent certifying organization and cited as an example of its non-compliance with the Law, the organization’s failure to designate an appropriate officer to whom requests for information should be sent in breach of the mandatory requirement of Section 2(3)(f) of the FOI Act.

It also observed that the SON had not submitted to the Attorney-General of the Federation, as required by Section 29(1) of the Act, any annual report on its implementation of the Act  over the last six years and has also not on its own published any such report for any year on its website or anywhere else, as stipulated by the Law.

Mr. Longe said: “The SON’s failure to submit annual reports to the Attorney-General of the Federation, while constituting a serious breach of the provisions of the FOI Act in and of itself, has other negative ramifications for the enforcement of the Law and the monitoring of its implementation as the organization’s inexcusable dereliction for six straight years has made it impossible to determine the number of applications for information that it has received annually over the last six years and the number of such applications that it processed and granted or refused, the average number of days it takes to process each application, the amount of fees it has collected from such applications, the number of full-time staff of the institution that it devotes to processing applications for information, among other important data.”

Additionally, MRA noted that the SON has not complied with its proactive disclosure obligations under Section 2(3) and (4) of the Act as it has not published either on its website or anywhere else, the various categories of information which the Law requires it to publish and disseminate widely to members of the public through various means, including print, electronic and online sources.

Mr. Longe said there was no indication that the SON has provided the required training for its officials on the public’s right of access to information at any time in the last six years despite the provisions of Section 13 of the Law.

Saying that there was no justifiable excuse for the SON’s failure to comply with the mandatory requirement of the FOI Act to train its personnel on the public’s right of access to information and for the effective implementation of the Act as stipulated in Section 13 of the Act, Mr. Longe remarked that the situation was perhaps understandable given the SON’s arrogant disregard for all aspects of the Act.

He stressed that “as an organization saddled with enormous responsibilities of promoting appropriate standards to instill consumer confidence in imported goods and locally manufactured products, the SON ought to routinely facilitate transparency and accountability in all aspects of its operations and should naturally see FOI Act as a tool to build public confidence in it rather than operating in secrecy and opting to disregard the provisions of the FOI Act.”

MRA launched the “FOI Hall of Shame” on July 3, 2017 to draw attention to public officials and institutions that are undermining the effectiveness of the Freedom of Information Act, 2011 through their actions, inactions, utterances and decisions. 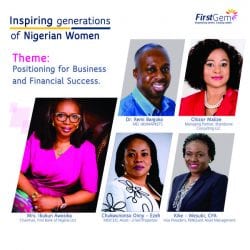