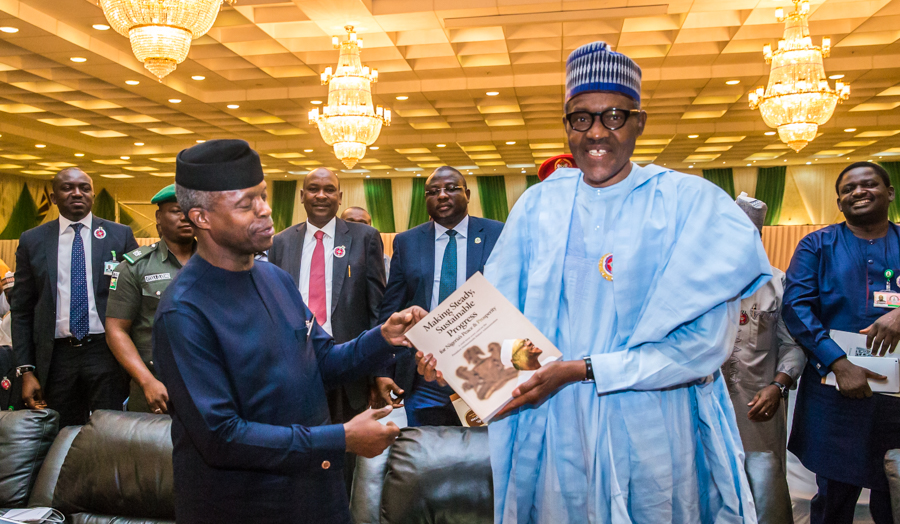 Abuja – Former Vice President Atiku Abubakar has taken a swipe at the President Muhammadu Buhari-led administration, saying that it lacks the capacity to formulate sound economic policy for the country.

Atiku, who last week dump the All Progressives Congress (APC), noted that since he took interest in active politics about 28 years ago, he has never witnessed the present challenges confronting the nation.

He noted that Nigerians are going through excruciating pains, adding however that only a sound economic policy would put the nation in the right direction and alleviate the sufferings of Nigerians.

Atiku, who is also the Wazirin Adamawa, stated these when he received in audience a delegation of Middle Belt Publishers and Media Managers Forum, noted that economic policy is key to development as it affects every aspect of governance.

According to him; “I am sorry to say that is there is one critical thing this government does not have is its lack of capacity to fashion out an economic policy that is required for any government to use to address challenges.”

Making veil reference on his decision to dump the APC, Atiku said that in his over 28 years in active politics, he has come to the realization that there is no political decision taken that would attract 100 percent acceptability.

He said that most people criticising his decision to dump the APC are talking from either weak or sentimental point of view which he said is permissible in democracy and as part of freedom of speech.

According to him; “It is a question of views but matters most is having a superior point of view over what is being publicly expressed from an inferior point of view. I don’t lose sleep as a result of such comments any longer.”

He commended the Middle Belt media chiefs for their steadfastness in pursuing the truth and supporting his aspiration, saying that what matters to him most is a sound economic base for Nigeria to be able to create jobs, provide needed infrastructures, qualitative education, better welfare for Nigerians amongst other things.

Earlier, spokesman of the delegation, Dr. Cletus Akwaya, who is also the Publisher of Daily Assets newspapers, said the leadership qualities of Atiku is presently needed by Nigerians at this critical point in the nation’s history.

Akwaya said the media is beginning to question the rationale why some political elites in Nigeria are against tested and dependable leaders like Atiku that can deliver the needed goods from becoming President, stressing that the narrative just has to change in the overall interest and common good of Nigerians.