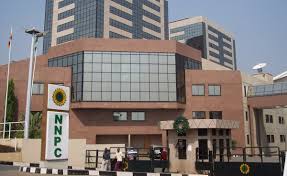 The Managing Director of the subsidiary, Mr. Yemi Adetuji, disclosed this in Abuja today at a press briefing to herald the commissioning of the new ultra-modern mega filling station near Sagamu, along the Lagos-Ibadan Expressway in Ogun State.

Mr. Adetunji stated that presently his Company enjoyed between four and five per cent of the country’s Liquefied Petroleum Gas (LPG) market share, adding that it was, however, poised to grow its share of the market to 10 per cent.

He said the decision to focus on the LPG market by NNPC Retail was to align with the federal government’s plan to promote cooking gas usage in the country.

According to him, NNPC retail would soon begin a nationwide monitoring exercise of its stations and the affiliate ones to ensure that its customers do not suffer from products under-dispensing, among others.

“One of the key factors in retail business is that customers get value for what they pay for. We have a zero-tolerance for under-dispensing. We have a network development and control section that monitors under-dispensing, and policing the sales and our dealers. We have sanctions if they are caught. If it gets to a point, then contracts of dealers will be terminated,” said Adetunji.

The MD noted that the Company would be leveraging on its brand equity which remained one of the highest in the industry in the last 15 years to consolidate and grow its retail business portfolio across the country.

On the new Mega Station at Sagamu area along Lagos Ibadan Express Way scheduled to be commissioned on Thursday, Mr. Adetunji said the establishment of the station was in line with its company’s desire to expand its services with a view to growing its share of the downstream business in the country.

He explained that the establishment of the new mega station was in line with the 12-Business Focus Areas (BUFA) of NNPC, disclosing that two more ultra mega stations in Port Harcourt, Rivers State and Yenagoa, Bayelsa State, would be inaugurated later this year and first quarter of 2018 respectively.

On the new mega station along Lagos Ibadan Express Way, Mr. Adetunji stated: “It is a state-of-the-art 22-nozzle station. It has a bigger capacity, would be 24/7 open, available at all time. It is much bigger and can serve more vehicles conveniently at the same time. It has room for expansion to build a hotel and a park for tanker drivers that want to relax and lay over.”

He informed that the station was built with high regards for Health Safety and the Environment in line with the NNPC’s zero safety initiative which is designed to ensure nil record of accident or incident in areas of operation.

Ahead of the upcoming festive season, Adetunji stated that the retail outfit had made all necessary arrangements to keep its stations wet across the country.

Jonathan lashes out at Sagay over inflammatory statements