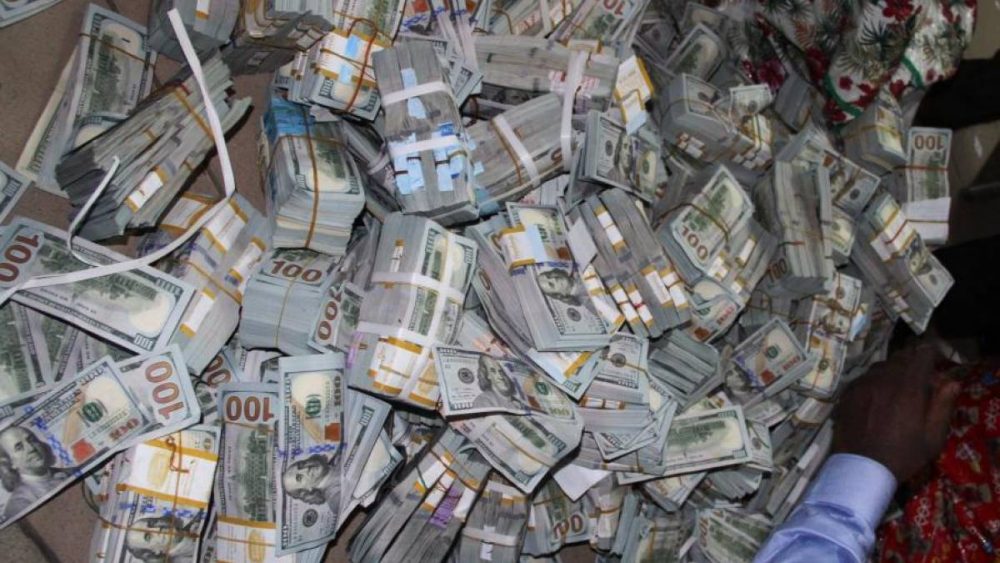 [dropcap]A[/dropcap] band of whistleblowers Monday filed a lawsuit against the federal government at the Federal High Court in Abuja restraining the Buhari administration from paying 5% whistle-blowing fee to any other person but themselves.

The plaintiffs- Abdulmumin Musa, Mr Stephen Sunday and Mr Bala Usman- claim to be the genuine whistleblowers that gave information that led to recovery of about N13billion that was found at Flat 7 Osborne Towers, Ikoyi, Lagos state.

The petition, which they submitted to the AGF through their solicitors, read in part: “Our clients informed us sometime in December 2016 that three (3) of them voluntarily walked into the office of the Economic and Financial Crimes Commission(EFCC) at 15A Awolowo Road Ikoyi, Lagosand gave vital information that led to the recovery of over N13 billion at the Ikoyi Towers, Lagos.

In the suit FHC/ABJ/CS/1158/2017 and dated November 22, the whistleblowers allege foul play by the EFCC officials.

The aggrieved whistleblowers said they were surprised when the EFCC announced that it was on the verge of paying 5% commission on the recovered money to another whistle-blower.

In one of their visits to the anti-corruption agency, they said the Head of EFCC operations, Alhaji Samaila Muhammed informed them that the number of whistle-blowers involved in the Ikoyi loot had increased to nine all of a sudden.

“They are flagrantly breaking the law,” said a lawyer representing the whistleblowers.

Whistleblowers
Share
Subscribe to our newsletter
Sign up here to get the latest news, updates and special offers delivered directly to your inbox.
You can unsubscribe at any time

Osinbajo: We will not permit smuggling from neighbouring countries