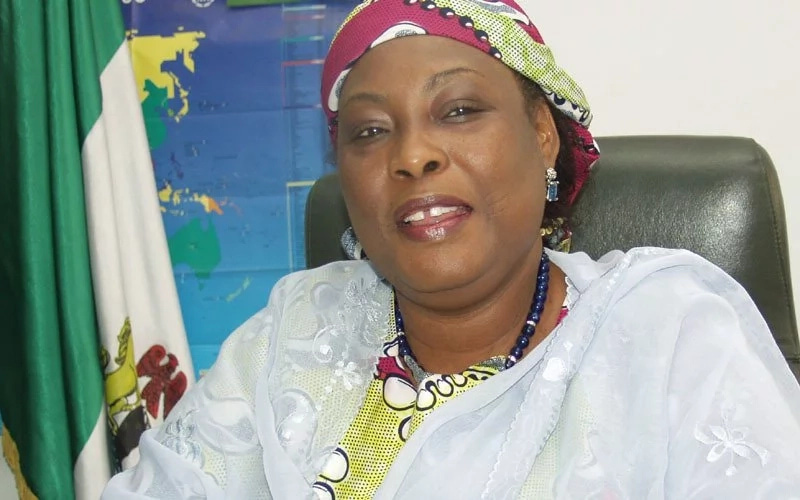 Abuja – Former Minister of Women Affairs and one of the leading aspirants to the position of Deputy National Chairman of the Peoples Democratic Party (PDP) in the scheduled December 9, 2017 national convention, has said that owing to the hardship brought about by the APC-led government, Nigerians urgently want the PDP back urgently.

Hajia Inna Ciroma, who is the only female aspirant for the position of Deputy National Chairman (North) of the opposition Peoples Democratic Party (PDP), said that the PDP remains the only political party that can drive and sustain democracy in Nigeria.

She also said that the PDP is the only Party that is standing firm on its feet without any form of merger, fusion or alliance with any other party.

The former minister of Women Affairs also said that taking into cognizance the hurdles the party has gone through before, during and after the 2015 general elections, it is clear that the party needs men and women of integrity and reputable character to lead it to the 2019 general elections.

Mrs Ciroma, who stated these on Wednesday after submitting her nomination forms at the Party’s nation headquarters, Zone 5, Wuse-Abuja, urged delegates to the December 9, national convention of the PDP to be guided by the antecedents of the various aspirants in choosing the next members of the Party’s National Working Committee (NWC).

Mrs. Ciroma whose husband was one of the key founding fathers of the PDP further said: “The whole Nigerians believe that PDP will come back to power. I want our respected delegates to think critically before they vote.

“We need a leadership that would take the party back to the people who will deliver the party. We should not vote based on sentiments. We should look at antecedents. We must ensure that imposition does not continue in the party.

“It is very clear and visible that only the PDP can bring the desired change and Nigerians are happy with the PDP and want it back in power. The fact remains that the PDP is the only party that can sustain democracy in Nigeria.”

chromapop
Share
Subscribe to our newsletter
Sign up here to get the latest news, updates and special offers delivered directly to your inbox.
You can unsubscribe at any time