December Convention: PDP Has No Luxury For Imposition – Candidate For National Secretary  – Abubakar 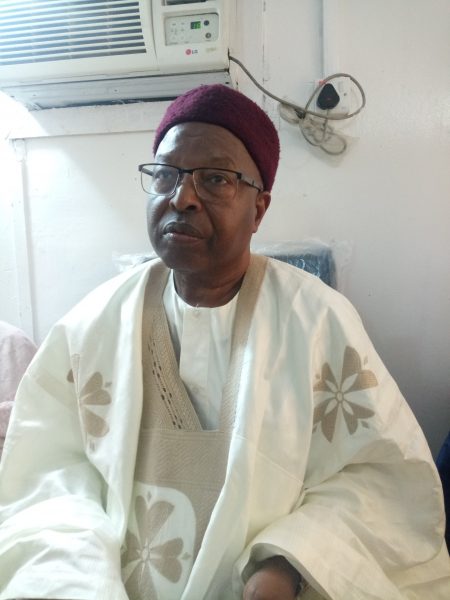 Abuja- A candidate for the office of the National Secretary of the Peoples Democratic Party (PDP), in the scheduled December 9, 2017national convention, Malam Mustapha Abubakar, has said that the Party has no luxury for imposition.

Abubakar, who stated this shortly after submitting his nomination forms at the National headquarters of the PDP, stressed that if the party is really desirous of unseating the ruling All Progressives Congress (APC), it must consciously do away with imposition of candidates.

This is just as he said that there is so much room for Nigerians to judge between the sufferings, hunger and deprivation brought about by the APC-led administration and the humane PDP government that believes in the welfare and wellbeing of the people.

Abubakar, who was the former National Organising Secretary of the PDP, also said that it would be the decision and choice of Nigerians to either reject sufferings and hunger occasioned by the deceits of the APC and go for a more humane and caring party, the PDP.

According to him; “The economic hardship is getting more severe and the hunger in the land is getting worse like never before. The people can now see for themselves the difference between the two parties. The sufferings and hunger cannot be allowed to continue.”

He appealed to the Senator Ahmed Makarfi-led National Caretaker Committee of the PDP to have a rethink over what looks like using different rules in the conduct of elections into different offices of the party, saying that a situation whereby, there is an approved “non-micro zoning for the office of the National Chairman should equally apply to other offices.

“Let me use this opportunity to appeal to the National Caretaker Committee to have a rethink over the issue of micro zoning for other offices, Let every interested candidate go and test his popularity at the convention.

“Going by the Party’s structures, stakeholders of the party are known and not those that are handpicked to achieve a particular set objective. That would be against the spirit of the rebranded PDP.”

Abubakar, who was also former Head of Service of Kaduna State, said the PDP must evolve a sustainable system of raising money by allowing the people own the party and stop the dependence on Governors.

Taking a retrospective look at his chances for the coveted seat, Abubakar said with the crowd of supporters from the six geo-political zone of the country including the unprecedented mammoth crowd that followed him to submit his nomination forms, he believes he stand tall in the race and can measure up to any of the other contestants for the office.