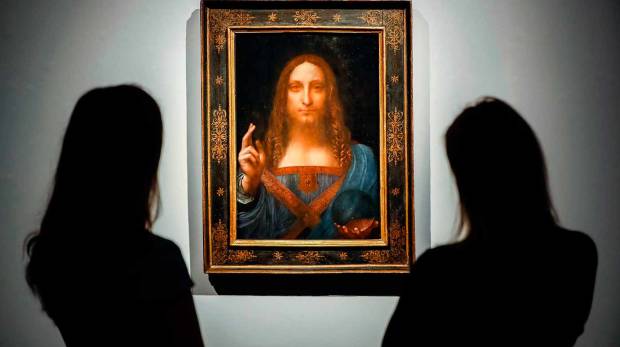 The whopping price dwarfed the previous record for the most expensive piece of art sold at auction, set at $179.4 million for Pablo Picasso’s “The Women of Algiers (Version O)” by Christie’s in 2015.

The auction house says “Salvator Mundi” or “Savior of the World” is one of fewer than 20 Da Vinci paintings in existence that are generally accepted as from the Renaissance master’s own hand. 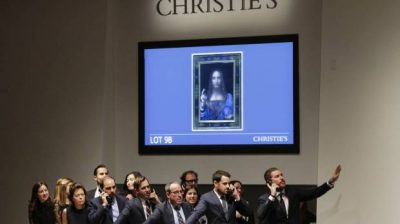 All other known paintings by Da Vinci are held in museum or institutional collections.

Whoops and applause rippled through the showroom as the bids quickly escalated into unchartered territory, led by rivals on the telephone.

He eventually hammered the painting at $450 million. The final price came to $450.3 million including the buyer’s premium.

The work was exhibited at The National Gallery in London in 2011, after years of research trying to document its authenticity after it was found, mistaken for a copy, in a regional US auction in 2005.

Before that it had disappeared for years, previously fetching a mere 45 pounds ($60 in today’s money) in 1958 as a believed copy.

Christie’s said pre-sale that the painting’s rarity was difficult to overstate. For years it was presumed to have been destroyed, emerging only in 2005 when it was purchased from a US estate.

artworkDa Vinci
Share
Subscribe to our newsletter
Sign up here to get the latest news, updates and special offers delivered directly to your inbox.
You can unsubscribe at any time