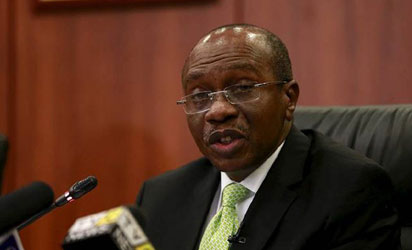 Share
The federal government is set to provide 400,000 jobs in the agriculture sector for youths nationwide, according to Per Second News findings.

The youths would be engaged under the Central Bank of Nigeria (CBN) newly introduced Accelerated Agriculture Development Scheme (AADS) in the next 12 months.

According to information gathered, the AADS is targeted primarily at unemployed youths between the ages of 18 and 35.

Per Second News gathered from a source in the know that through the scheme, a minimum of 10,000 youths in each state, willing to engage in sustainable and profitable activities along the agriculture value chain, would be employed and trained.

“ The AADS as you know is a special agric program focusing on youths in the 36 states plus FCT and under the scheme, we are targeting a minimum of 10,000 youths per state for a a start,” adding that “it has the potential of reaching 120,000 youth farmers per state, said the source.

Last Wednesday, the Acting Director, Corporate Communications CBN, Mr Isaac Okorafor, said the expansion of the Anchor Borrowers Programme was to consolidate on the gains so far recorded adding that “the CBN is forming these partnerships to further ramp up domestic production of identified commodities by leveraging the existing organized structures of the agricultural associations nationwide, thereby providing huge economics of scale in the implementation of the programme.”

The ABP has so far achieved success in terms of outreach and coverage, making it one of the most successful CBN development finance interventions to date. About N45.5 billion has been released through 13 Participating Financial Institutions in respect of over 218,000 farmers cultivating nine commodities across 30 States.

“ The AADS will assist farmers in embracing modern farming practices, such as use of tractors and irrigation schemes, said the CBN governor during a stakeholders’ meeting on the operational framework for the Accelerated Agricultural Development Scheme (AADS) recently.

“It aims to reduce cost of production with availability of high quality inputs at competitive prices and lowering delivery cost of extension services,’’ he explained.