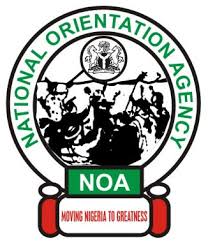 Abuja – National Orientation Agency (NOA), on Monday called on voters in Anambra State to disregard the threats by the outlawed Indigenous People of Biafra (IPOB) and turn out en masse to exercise their franchise at the Saturday, November 18, 2017 governorship polls.

Director General of the Agency, Dr. Garba Abari made the call in the wake of IPOB’s threat of “vote and die” and thereby assured the people of Anambra that security agencies are fully prepared and on ground to ensure the safety of voters before, during and after the election.

Abari described the renewed threat as an attempt by miscreants to stampede the will of the people using baseless intimidation in pursuit of their untoward ends, stressing that the election will not only hold as scheduled but will be without security failures.

He further said; “The renewed threat is not taking the authorities by surprise. All adequate measures to checkmate the excesses of IPOB and other unlawful groups with regard to the Anambra election are already fully in place.

“The security agencies are prepared to forestall any breakdown of law and order and to protect voters, other election actors and the general public toward a hitch free election.

“Also, the Independent National Electoral Commission (INEC), is very prepared to conduct the election. Let no one be afraid or in doubt; the Anambra governorship election will hold on November 18, 2017 and will be free, fair, credible and devoid of incidences.”

The NOA DG implored the electorate to turn out en masse, without fear of intimidation, and freely cast their votes.

AnambraElectionsNigeriaNOA
Share
Subscribe to our newsletter
Sign up here to get the latest news, updates and special offers delivered directly to your inbox.
You can unsubscribe at any time

Over 300 dead in Iraq-Iran earthquake