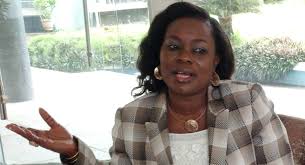 [dropcap]D[/dropcap]espite flashes of recovery from recession, the media industry in Nigeria is still on a long path to recovery, according to the Nigerian Guild of editors.
The NGE in a communique issued in Katsina at the end of the Standing Committee Meeting, SCM, expressed concern that in spite of the country exiting economic recession, the media industry is mired in distress.
“We recommend that stakeholders should come together to seek the way forward.”
Most journalists in Nigeria are sadder about their jobs, said Clement Oyibo, a PR consultant in Lagos.
The size of Nigeria’s newsrooms peaked in the 80’s and 90’s, but since then the profession has lost a third of its workers, and 60 percent of journalists say their newsrooms shrunk in the last year. Even before the industry reached its employment saturation point, job satisfaction had taken a plunge.
Hundreds of journalists have lost their jobs within the past three years, with many being owed several months in salary due to the distress.
SHARE THIS ARTICLE