FG disagrees with Moody’s downgrade, says We have seen improvements in revenue in 2017 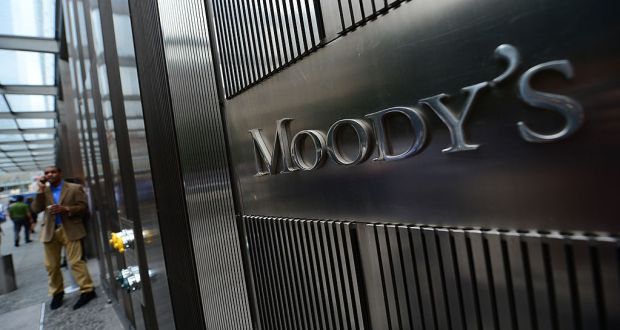 The federal government disagrees with rating agency Moody’s Investors Service Wednesday to downgrade Nigeria from a B1 stable to a B2 stable rating.

“We strongly disagree with the premise and must address some of the conclusions upon which the decision rests, said a joint statement from the Federal Ministry of Finance (FMF), Central Bank of Nigeria (CBN) and the Debt Management Office (DMO).

“While we respect the right of Moody’s to make this decision, we strongly disagree with the premise and must address some of the conclusions upon which the decision rests.”

Since Nigeria was last rated by Moody’s (as B1 stable) in December 2016, Nigeria has successfully emerged from a protracted recession and recorded important improvements across a broad range of indices, including:

–       A stable foreign exchange window for importers and exporters, with improving liquidity and convergence of the parallel and official rates.

–       Month on month improvements in inflation levels since January 2017, with inflation continuing to trend downwards.

–       Strong year on year improvement on the World Bank Ease of Doing Business Rankings from 169th to 145th place, a 24 place move in one year.

–       In 2016, the highest capital expenditure deployment since 2013, making investments in critical infrastructure to support further growth.

At the heart of Moody’s rationale is the need for Nigeria to improve non-oil revenue aggressively. This is absolutely and directly aligned to the government’s priorities. This is critical to our economic development and is the basis for the establishment of a stable and inclusive economy, which can withstand global shocks and has the resources to increase investments in our infrastructure.

We have put in place a number of measures to improve our collection and FIRS has made good progress in increasing revenues, particularly when considering that the economy is still recovering from the oil price shock. Examples include:

–       Introduction of a Tax Amnesty (the on-going Voluntary Assets and Income Declaration Scheme (VAIDS)), which is showing positive results.

–       Plugging leakages and deployment of technology driven revenue management strategies.  An example is Health Pay, a pilot cashless revenue project in the health sector, which has recorded material increases in revenue.

We have seen improvements in revenue in 2017. Fiscal revenues are linked directly to both the performance of the economy and the number of tax payers contributing. As a result of the foundation that has been established in 2017, we expect, similar positive trends in 2018.

Our revenue initiatives are changing the mix of revenue sources available to government from the traditional oil or debt to a combination of oil, debt and domestic revenue.  For example the 2018 budget includes N710 billion proceeds from the restructuring of the Government’s equity in the JV oil assets. The reform is aimed at increasing private sector equity participation to improve efficiencies in the sector and also provides revenue to the Government which will be deployed solely and exclusively for creating new assets in Nigeria.

Moody’s highlights that while our debt levels remain low, interest is consuming a larger portion of revenue. It should be noted we are implementing a very prudent fiscal and debt management strategy to reduce the cost of our debt. Given the relatively higher domestic interest rates, we are focusing on longer term external borrowing with an aim to re-balance our domestic and international debt portfolio to a 60:40 split over the coming years. Our existing proposal to refinance US$3 billion of treasury bills through external borrowing is expected to reduce Nigeria’s debt servicing costs, further improving our fiscal position.  We also expect this strategy to help to reduce the “crowding out” effect of Government borrowing in the domestic markets. The challenges that are highlighted in the Moody’s rating are clear, and are being addressed by the government, with the environment having improved significantly since the last period of assessment.

FGMoody's ratingsNigeria
Share
Subscribe to our newsletter
Sign up here to get the latest news, updates and special offers delivered directly to your inbox.
You can unsubscribe at any time

Another 11 Persons killed In Plateau