NA LIE! Nigeria is the federal republic of rumor mongering 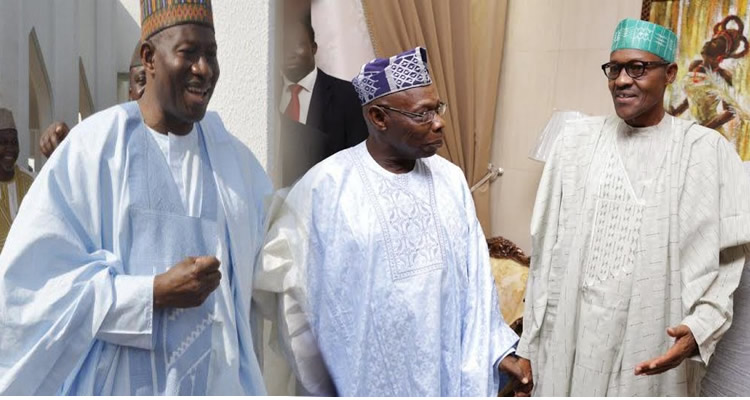 It was my baptism of fire into the workings of Nigerian governance.

Our firm had just begun communication consulting for government departments and agencies about six years earlier, and this was a very important client. Where I thought my work would center on strategic planning and execution, it turned out much of it would instead be focused on massaging egos, cooling passions and dismissing innuendo.

In a rapid-fire email thread, another innuendo landed one afternoon in 2012. A story by an investigative media outlet had unfairly attacked the client, even though its material facts were not exactly wrong. As I had come to expect, the thread collapsed into a session of finger pointing as to external enemies, paid by opponents, to discredit this government officer.

Because our work has cut across many intersections including media and civil society, I knew this was not the case, and I said so: this feature was the result of a multi-month partnership between various bodies for a different goal having nothing to do with the client.

I really should have kept my mouth shut, because within an hour, I was suddenly at the center of the attack, accused of being part of this conspiracy and, it was implied, being a mole not fully committed to protecting my client.

This was surreal, but only at the time. The higher up I have worked with Nigerian government and political circles over the past half decade, the worse I have seen and heard.

Nigeria runs on rumors. It runs on suppositions, innuendos, assumptions and empty accusations. This is quite the epidemic. One so ingrained every president since democracy returned in 1999 has accused an inchoate “them” of sabotaging the efforts and successes of governments and individuals in government. All of this often flung at supposed opponents without fact, without the appearance of evidence, and without the pretense, even, of investigation.

I have sat in on complex meetings where we have wasted time identifying enemies who must have “planted” a story in the media, or disparaging an endless parade of figures for sponsoring critical social media commentary rather than focus on accepting responsibility for error, shoring up weaknesses and engaging strategically. In many of those cases, I knew for sure that the problem was nothing more than a badly trained journalist, a lazy editor or, actually, the absence of an editor entirely.
But in a country where everyone thinks everyone else is paying the media, or has been paid to speak, to criticize, to correct, to suggest, speaking this simple truth can become a hazard.

I am after all still traumatized by the fact that many insist, completely without evidence of any sort, because it does not exist, that a prominent south-west politician sponsored the historic Occupy Nigeria protests when I am aware, having sat in myriad planning meetings, that this was in fact a spontaneous gathering self-funded by several passionate groups, to revolt against an insensitive government. But the appearance of a handful of opposition politicians was enough to send the gossip mill buzzing.

Nigeria is a country that doesn’t respect data. We have scant regard for evidence, and actively enjoy the absence of rigor. We are very comfortable tossing off accusations, questioning motives, attacking intentions, and engaging in a merry go round of assumptions rather than doing the hard work of strategic thought and engagement.

This is surely why, in responding to baseless accusations that the Nigerian president asked the World Bank to focus solely on development in the North East of Nigeria, the presidential spokesman made a mountain of a mole hill by attacking “ethnic champions” supposedly sponsored by enemies of the government, where it was simply a matter of idle Twitter hands searching for attention.

It is in this way that I have seen several players in Nigeria’s political establishment turn simple problems into major crises.

Often, when Nigerians suspect Machiavellian manipulation in the statements and actions of governments, there is often nothing but the most basic incompetence loudly beating its chest. In my country, one must resist often the temptation of attributing malice where simple stupidity will suffice.

This is a real cultural problem, and not just in government. Indeed, stories of corporate clients chasing shadows when confronting media will require another piece of its own.

How does the country solve a problem that eats so deep into our body politic that it affects the formulation of policy, the assessment of feedback, the building of coalitions, and the sustainability of visions?

The first part of the answer is simple: a cultural overhaul that begins to prize data over assumption, research over opinion, and rigor over instinct. This cultural overhaul should filter from top to bottom and should begin to overturn (and dis-incentivize) the foundations of secrecy, opacity and the disrespect for empiricism that defines the leadership of the country across sectors. We need to take seriously our responsibility to shine the light of knowledge and evidence across Nigerian institutions.

Now, how precisely will we be able to overhaul an entrenched 60-year culture that has hollowed out the soul of a nation, and eaten into its capacity for self-reflection?
Ah yes, you just arrived at the second part of the answer.

*Jideonwo is a World Fellow at Yale University. His new book is How to Win Elections in Africa: Parallels with Donald Trump

American accused in Zimbabwe to stay in jail